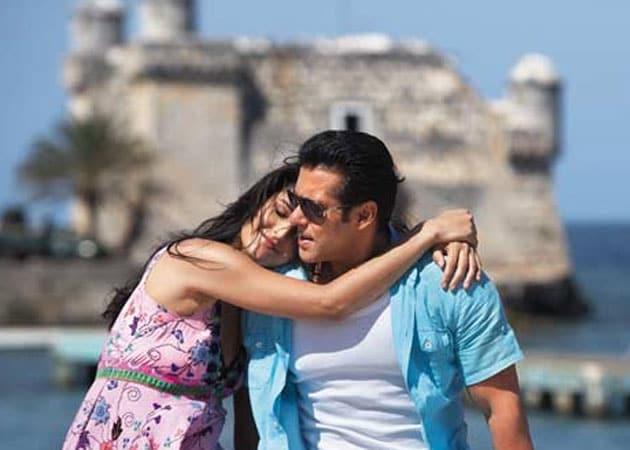 Scenes of Ek Tha Tiger were shot in Ireland, Bangkok and Turkey.

The falling Indian rupee has led to a sharp decline of up to 35 percent of Bollywood movies being shot in exotic foreign locales in the past four months, an industry study said.

The falling Indian rupee has led to a sharp decline of up to 35 percent of Bollywood movies being shot in exotic foreign locales in the past four months, an industry study said.
The weakened rupee has not only restricted Indian filmmakers from shooting abroad, but compelled them to settle for locations within the country, said a study on "Weak Rupee dampens spirits of Bollywood film-makers in foreign location", conducted by Associated Chambers of Commerce and Industry (Assocham).
"There will be more cut-down in the number of films shot abroad, especially medium/low budget films and opting for lesser expensive destinations in south-east Asia, Middle East and South Africa," Assocham secretary-general DS Rawat said.
For Indian filmmakers, the cost turns out to be much higher in countries like the US, Britain, Germany, France, Sweden, Italy, Ireland and Denmark. They are also reducing the number of days from packages and looking to offset those costs by opting for shorter duration stays and looking at budget accommodation options, Rawat added.
There are changes in travel patterns as a majority of the filmmakers are opting for non-dollar destinations like Sri Lanka, Dubai, Bali and Phuket or sticking to favourite domestic locales like Kashmir, Ladakh, Himachal Pradesh, Sikkim, Goa and Kerala, the study said.
"Due to depreciating rupee, India has become an attractive destination, especially for the Bollywood filmmakers. This has given an unprecedented focus to domestic locations within India and re-emerging as a viable option," Rawat said from the study.
According to the Assocham assessment, while there was a 40 percent increase in shooting at foreign locales by Indian filmmakers in 2012, this year it has declined by 30 percent.
In contrast, from the decline of 20 percent in shooting at domestic locales by Indian filmmakers last year, in 2013 it has increased by 35 percent.