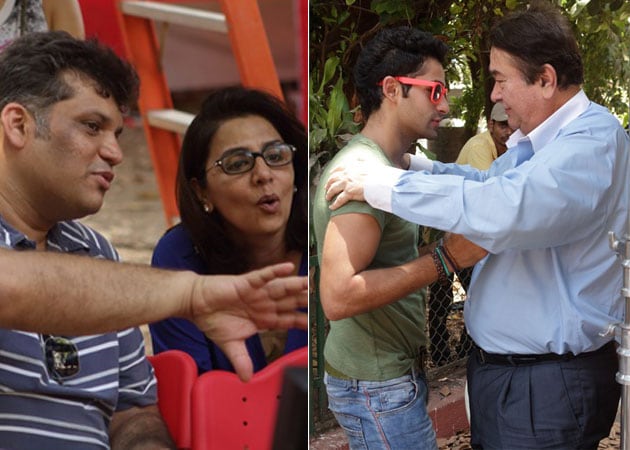 For the fabled Kapoor clan, a sprawling film dynasty that has given Bollywood some of its finest actors as well as biggest stars, blood is thicker than water - even if the last name isn't actually Kapoor.

For the fabled Kapoor clan, a sprawling film dynasty that has given Bollywood some of its finest actors as well as biggest stars, blood is thicker than water - even if the last name isn't actually Kapoor. (See Pics)
At least three Kapoors - two misters and one missus - formed a celebrity band of cheerleaders on the first day of filming of new film Lekar Hum Deewana Dil, which stars Raj Kapoor's grandson Armaan Jain. Armaan is the son of the late actor-director's daughter Reema and her husband Manoj Jain. 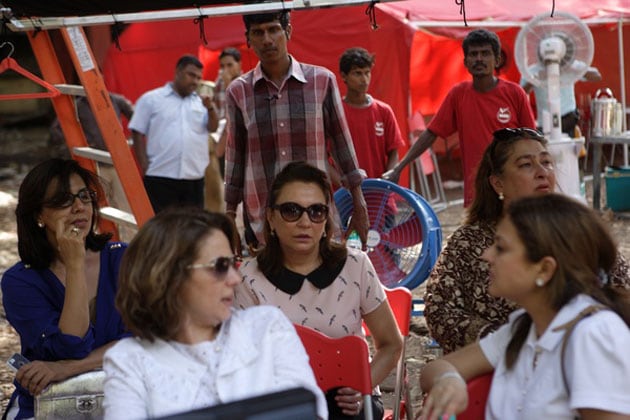 Neetu Singh with Reema Jain (far right)
The on-set support group for the newest performer from the showbiz khandaan were Armaan's uncles - Reema Jain's elder brother Randhir and younger brother Rajeev - and his aunt-by-marriage Neetu Singh, who is married to Rishi Kapoor and is known to be close to Mrs Jain. 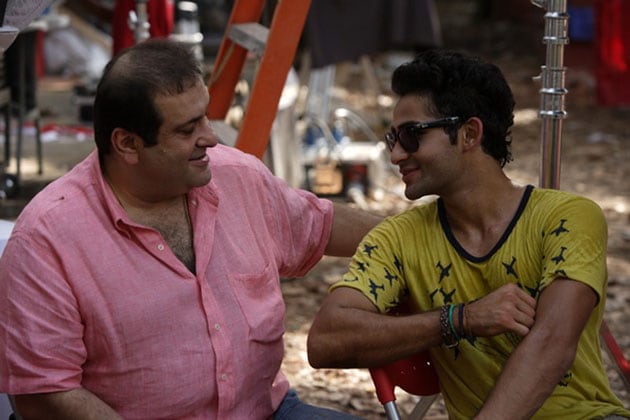 Rajeev Kapoor with Armaan Jain
Armaan's cousin Karisma was also reported to have dropped by the sets, but there are no pictures of her. 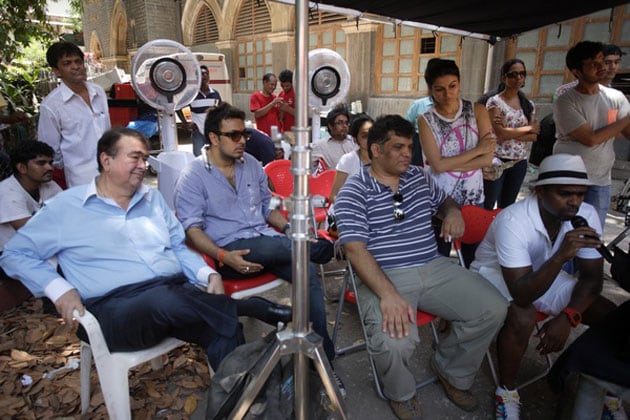 Randhir Kapoor with director Arif Ali and producer Dinesh Vijan
Lekar Hum Deewana Dil, the title of Armaan's debut film, is taken from Neetu Singh's own hit dance number from 1973 film Yaadon Ki Baarat. The actress has professed herself thrilled by the choice of film name, saying in a statement some months previously, "This song holds a very special place in my heart. When I learnt that Armaan's film was titled Lekar Hum Deewana Dil I was super excited. I also shared my feelings with Armaan's mother on the title of the film."
Actor Ranbir Kapoor, son of Rishi and Neetu, is believed to have helped Armaan - who is his cousin - land the film, co-starring former model and South actress Deeksha Seth.
Raj Kapoor's other grandchildren include actresses Karisma and Kareena, daughters of Randhir and Babita; Ranbir and his elder sister Riddhima who is not an actress; Nitasha and Nikhil Nanda (who is married to Bachchan daughter Shweta), children of Raj Kapoor's other daughter Ritu; and Armaan and his brother Aadar.
Lekar Hum Deewana Dil, produced by Kareena Kapoor's husband Saif Ali Khan and directed by Imtiaz Ali's brother Arif, has a soundtrack by A R Rahman and will release on July 4.