Farah Khan: I Always Offer a Twist to a Formula in my Films 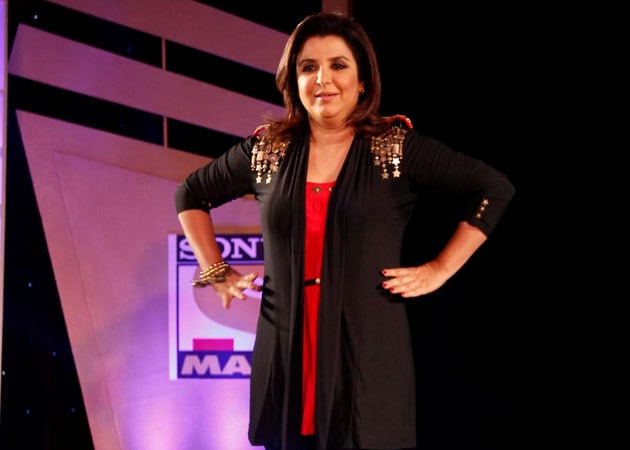 Her films have dances, songs, melodrama, romance, dollops of emotions, colour, star power and all the makings of a typical Bollywood potboiler. They manage to entertain the masses in not just India but also countries abroad which gives the effervescent filmmaker Farah Khan the joy of making the impossible possible.

"Happy New Year is genre-bending," says Farah in an interview to IANS, at the very mention that her films are always topped with "typical" elements.

Closely associated with the creation of grand song and dance sequences during her filmography as a choreographer before turning to filmmaking, Farah likes the setting of her movies to be grand, and she says she ensures to offer a "twist" to a "formula".

"I like to entertain all kinds of audiences with my films. Let me tell you, it is very difficult for a filmmaker to have a story which runs well and appeals to the B-class audience in India as well as to viewers in Britain and the US.I make aesthetic movies which are grand and with some of the biggest stars. It's not fair to run them down. I don't make tacky films," added the 49-year-old, whose last directorial venture was Tees Maar Khan.

The central theme of the movie may be the heist - a formula used often in Hollywood and Bollywood - but Farah says there are things that sets her movie apart from what the audience has already seen in this genre. "Several films on reincarnation were done in the past, but I added a retro twist to Om Shanti Om...so there will always be a twist. A dance film has been done to death, but here in Happy New Year, the twist is in the fact that a group of worst dancers come together to participate in a dance competition and we've mixed it with a heist.

"Heist is a genre, it's a formula, just like love story and romance is a formula...the obstacle lies in how you make it and how you add your own twist to it," said the filmmaker, who's currently on a US tour with her Happy New Year team to make all the right noises about the film.

Needless to say, she's hoping the movie, which will be Bollywood's big Diwali release this year, opens in several screens across the globe, courtesy its worldwide distributor Yash Raj Films. "It's one of the most awaited films of the year. It brings back Shah Rukh seven years after we did Om Shanti Om...the buzz that the songs have created, it's all nice only," she said.

The shooting of Happy New Year started in October 2013 and it was recently wrapped up after 170 days. Farah admits it's been the "most exhausting and exhilarating" of all her films' shoots - and so, there's no wonder that she has already made up her mind to take a six-month holiday once it reaches the audiences.