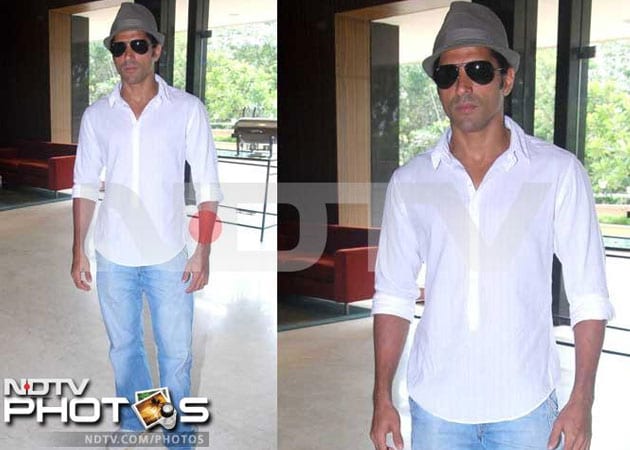 Farhan Akhtar will be seen next in the Milkha Singh biopic Bhaag Milkha Bhaag.

Actor-filmmaker Farhan Akhtar, who features as former athlete Milkha Singh in Bhaag Milkha Bhaag, believes biopics have the potential of bringing the present generation closer to history.
"It's great that films are being made about people who made their mark in their field. We are a country which is constantly searching for heroes, looking out for someone to look up to," said Farhan.
"At times it's nice if we can look back into history and see the kind of sacrifices that people have made and how they have put the national pride before themselves, submitted themselves physically and emotionally to a task that was a way bigger than a lot of people can imagine is achievable. That is very inspirational," he added.
Several biopics are awaited across Indian cinema - there's the Tamil-English bilingual on math genius Srinivasa Ramanujan, then another on legendary actor Guru Dutt, one on the legendary singer-actor Kishore Kumar, and another on Olympic bronze medallist Mary Kom.
Year 2010 saw Paan Singh Tomar, a biopic on former national steeplechase champion-turned-bandit. It received rave reviews and critical acclaim.
Farhan says it is vital that people know about such heroes.
"Just the fact that we are focussing on the people who have made us proud, I hope many more such films of the biopic nature will be made about people from different fields," said Farhan.
Releasing on July 12, Bhaag Milkha Bhaag also features Sonam Kapoor.