Farhan spoke a little on Abhishek, however, was quick to mention Shujaat Saudagar, the director of Rock On 2. "Let's talk about Shujaat right now. He has made a wonderful film so, let's focus on him" 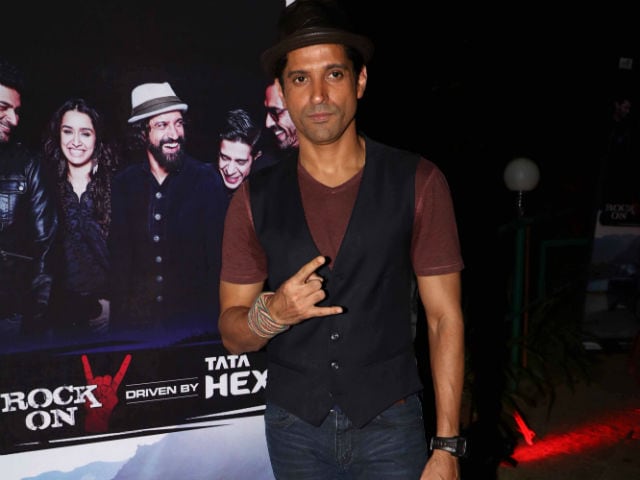 Actor Farhan Akhtar says even though he fell out with Abhishek Kapoor over Rock On 2, the filmmaker will always a hold special place in his heart.
Farhan along with the other actors and co-producer Ritesh Sidhwani launched the trailer of Rock On 2 yesterday.
When asked about how much he misses Abhishek on this occasion, Farhan said, "I believe every person and film has their own journey. But, of course, he was a part of the first film so I do miss him. He was, is and will always remain a friend."
The 42-year-old actor, however, was quick to mention Shujaat Saudagar, the director of Rock On 2.
"Let's talk about Shujaat right now. He has made a wonderful film so, let's focus on him," Farhan told the reporters.
The first part, which released in 2008, was about a rock band 'Magik' and its journey.
The movie was loved for its music and the friendship between band members Farhan, Arjun Rampal, Purab Kohli and Luke Kenny.
Farhan said the team has tried to match the emotional depth of the first film.
"We have tried to portray the same emotional depth and layers as there were in Rock On!!. The members of Magik have gone through a lot individually in these six years and the characters of Shraddha and Shashank Arora bring 'Magik' back."
"The band realises that music is what binds its people and keep them together. So there's a lot of drama," the actor said.
Shraddha Kapoor and Shashank Arora are new additions to the cast of Rock On 2, which is set to hit theatres on November 11.
(Except for the headline, this story has not been edited by NDTV staff and is published from a syndicated feed.)