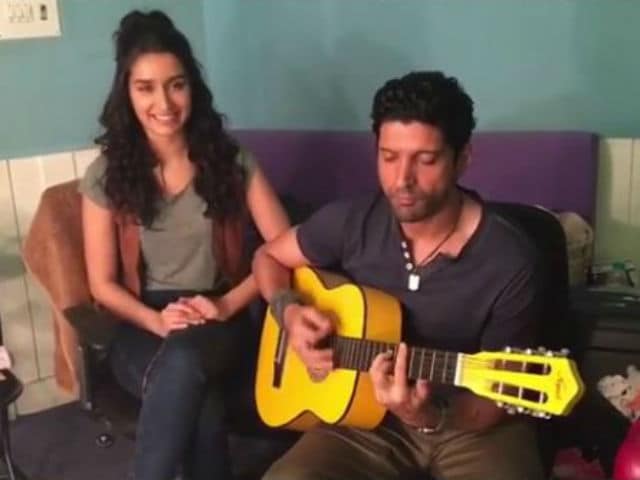 Shraddha Kapoor and Farhan Akhtar in the Instagram video

Did you know that the title track of upcoming musical film Rock On 2 can be sung in one more way keeping in mind the Festival of lights? Alright, so maybe we're stretching that a bit.
Farhan Akhtar and Shraddha Kapoor, however, did tweak the song a bit to wish their fans in a rather cute way.
The two stars, who are going to amply showcase their singing skills in the film, came together for a video which was posted on Instagram by Farhan, and tweeted from the official handle of the film. In the video, Farhan takes the guitar and provides the hook-line for Rock On, while Shraddha accompanying him on the vocals. Best of all, their wish had an important message for a happy, safe and prosperous Diwali.
Have a look:


#HappyDiwali to you and your loved ones... #RockOn2

Earlier too, Shraddha tweeted a video to fans hoping for a 'cracker-free' Diwali.

Shraddha and Farhan, keep 'rockin' on.