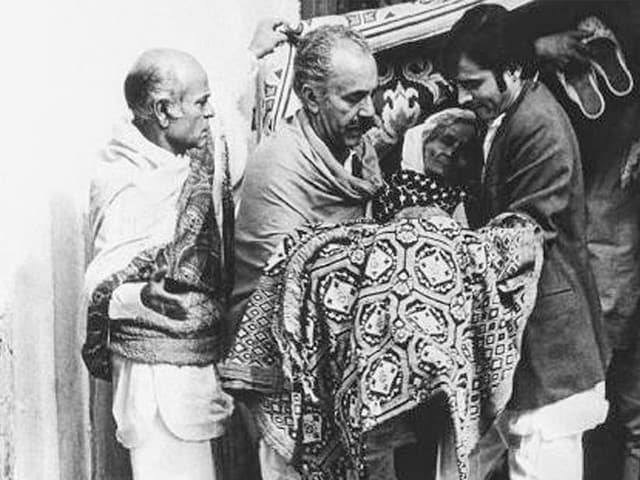 Late actor Farooq Sheikh's acting has captivated the audience again with the re-release of his debut film Garam Hawa on November 14. In a video, the late actor says "any list of Indian classic movies is incomplete without the film" that was initially released in 1974.

"The list of Indian classics is incomplete without the mention of Garam Hawa," the actor is seen saying in the clip.

Also starring actor Dinanath Zutshi and Balraj Sahni in the roles of the two Mirza brothers, Garam Hawa is the story of the Mirza family at the time of the Partition in 1947.

MS Sathyu's National Award winning movie, which was India's entry for the Academy Awards in the Best Film in Foreign Language category, has re-released across theatres in Mumbai, Delhi, Bangalore, Chennai, Pune and Ahmedabad.

The actor, who died following a cardiac arrest while he was on a vacation in Dubai last year, is also seen appreciating the narration of the film by the director in the video.

"The story of the film is so heart-warming, jazbaat ko jod ne wali hai (emotionally connecting) and the way the story is narrated is so simple, decent and honest," the actor states in the video.

The film has been digitally restored by Indikino Edutainment.