"The fatwa states that a seasoned actor like Jimmy has hurt the sentiments of the Muslim community by enacting scenes that will cause unrest in the community through the dialogues and scene depictions," read the statement issued on behalf of the filmmakers 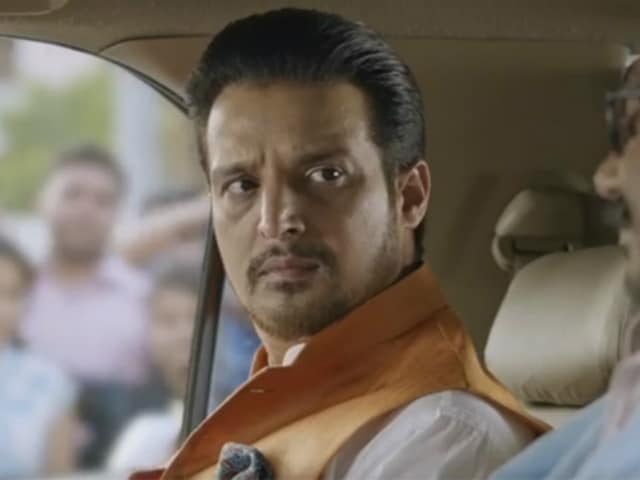 Jimmy Sheirgill in a still from Shorgul.

A fatwa has been issued against actor Jimmy Sheirgill for starring in political drama Shorgul, which has also been banned in several cities of Uttar Pradesh, the film's makers said on Wednesday.
The makers are planning to approach the state's Chief Minister Akhilesh Yadav to resolve issues regarding the ban in places like Muzaffarnagar, Kanpur, Ghaziabad and Lucknow.
Shorgul is a political drama which also touches upon the 2013 Muzaffarnagar riots.
The fatwa has been issued by Khamman Peer Baba Committee to Jimmy and the makers, read a statement issued on behalf of the film's producers.
"The fatwa states that a seasoned actor like Jimmy has hurt the sentiments of the Muslim community by enacting scenes that will cause unrest in the community through the dialogues and scene depictions," read the statement.
Jimmy will be barred from shooting in Uttar Pradesh and his film's release in the region will also not be allowed, the statement further read.
A 24 FPS Films Production, the movie is based on intolerance and aspires to make audiences contemplate where humanity stands amidst the noise of religious, social, political and economic prejudice.
Also featuring Sanjay Suri, Narendra Jha, Hiten Tejwani, Eijaz Khan, Suha Gezen, Anirudh Dave and Deepraj Rana, Shorgul touches upon grave subjects that have transpired in the recent past such as the Muzaffarnagar, Godhra and Babri Masjid riots apart from making references to bureaucratic misdoings, mind games and controversial master strokes of some high profile dignitaries.
Earlier this month, a PIL filed by Vishwa Hindu Parishad (VHP) leader Milan Som against the film was dismissed by the Allahabad High Court bench in Lucknow. The film is slated for release on June 24.
Swatantra Vijay Singh, one of the producers of Shorgul, said: "Yes, we have received the PIL and the fatwa but as we have stated earlier our film is a cinematic recreation of various incidents that have transpired in the past without a reference to any specific issue. We believe no one can ban Shorgul if the population supports films like these."
Aman Singh, who is also a co-producer of the film, shared: "This news is extremely unfortunate and we will approach Akhilesh Yadav in the matter. Every citizen has the right to watch this film as the film is a reflection of the voice of the common man."
Jimmy Sheirgill is currently in Canada.