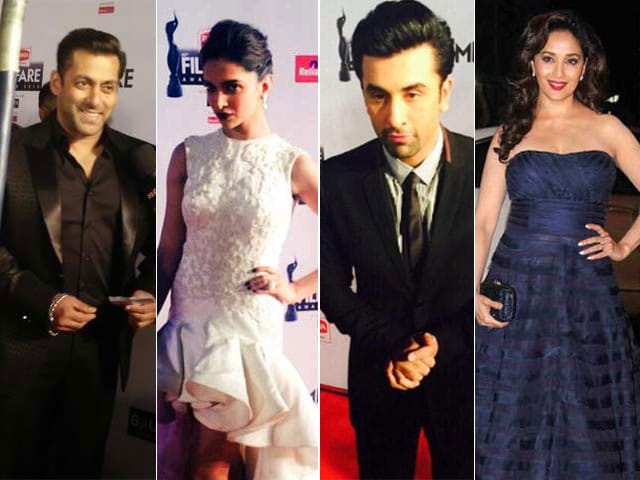 All roads in Mumbai led to Yash Raj Studios on the night of January 31 where Bollywood's biggest names gathered for a night of fun and revelry at the 60th Filmfare Awards. 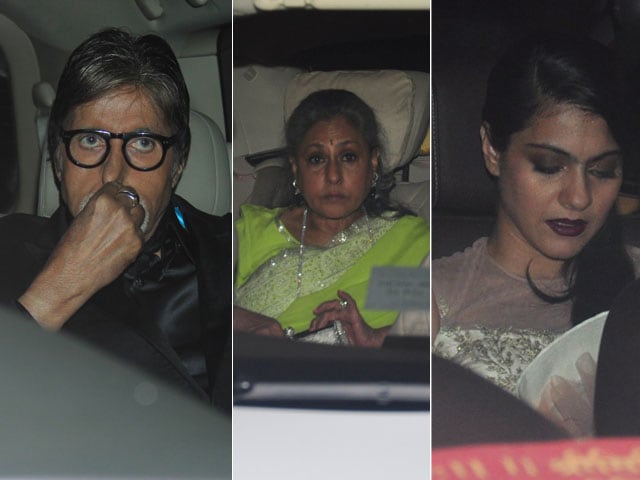 While Madhuri dazzled in strapless Jade and Kajol opted for Shantanu & Nikhil, Vidya looked gorgeous in a gold and cobalt blue silk sari. 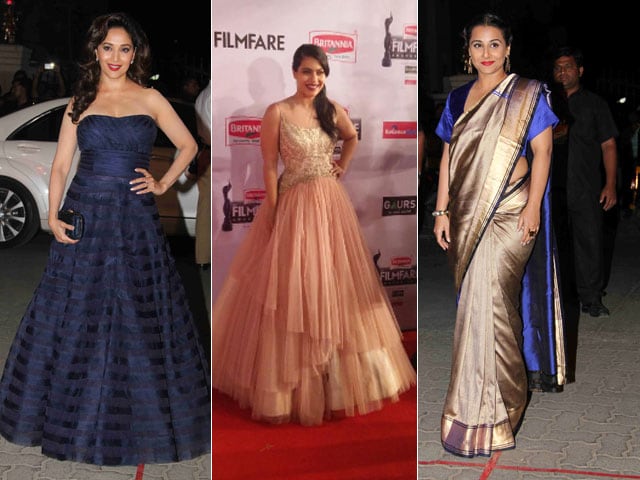 This image in the centre was posted on Twitter by @filmfare 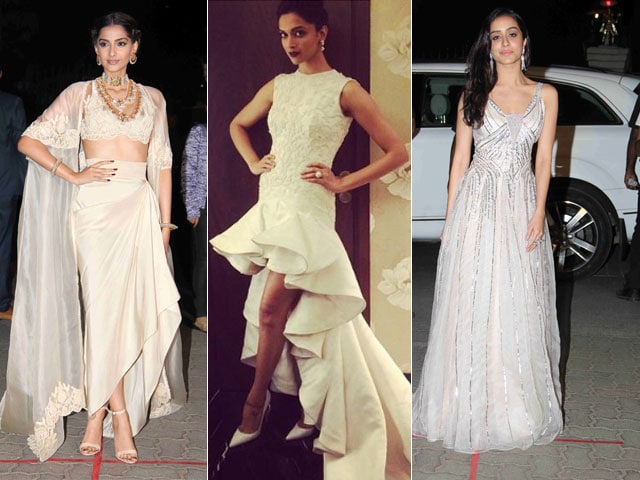 Black was the colour en vogue on the red carpet. While Alia Bhatt chose a sleeveless outfit in the colour and Sophie Choudry wore embellished Monisha Jaisingh, Ileana D'Cruz, and Kalki Koechlin opted for Nikhil Thampi's creations. Tabu was the shining star in a Vizyon outfit. 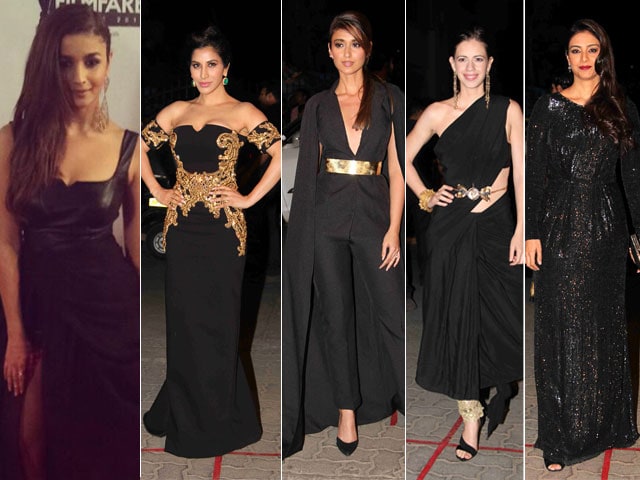 The image on the left was posted on Twitter by @filmfare 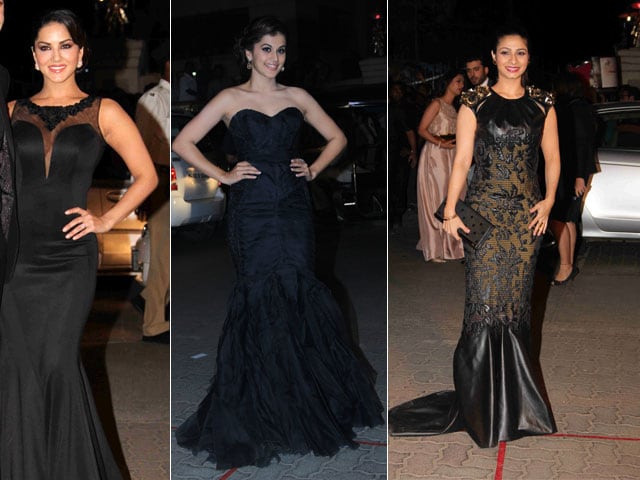 Showing their shades of blue were Neha Dhupia in Alpana & Neeraj and Nargis Fakhri in a Sonaakshi Raaj gown. 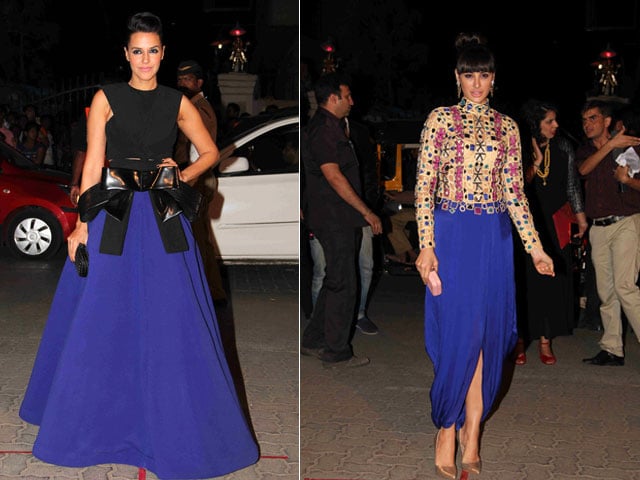 Evelyn Sharma upped her game in a Swapnil Shinde gown with a plunging neckline, Richa Chadda was the cynosure of all eyes in a Hema Kaul outfit and Pallavi Sharda looked lovely in a shocking pink Gauri & Nainika gown. 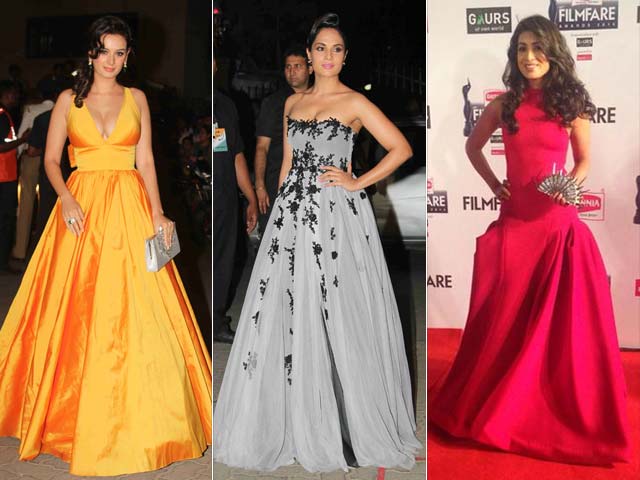 The image on the right was posted on Twitter by @filmfare 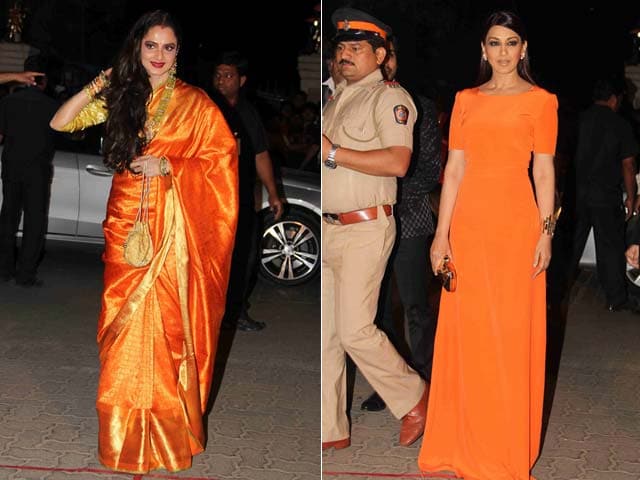 The gents who caused many a heart to flutter included Shahid Kapoor, Arjun Kapoor, Randeep Hooda, Siddharth Malhotra and Fawad Khan - all dashing in suits. 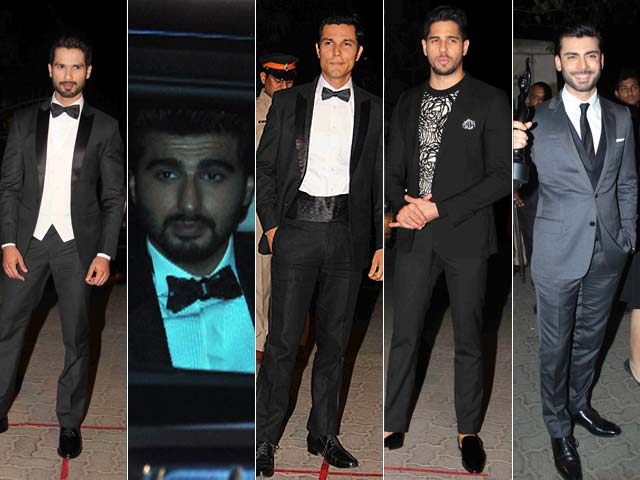 Varun Dhawan and Ali Fazal were knights in white armour. 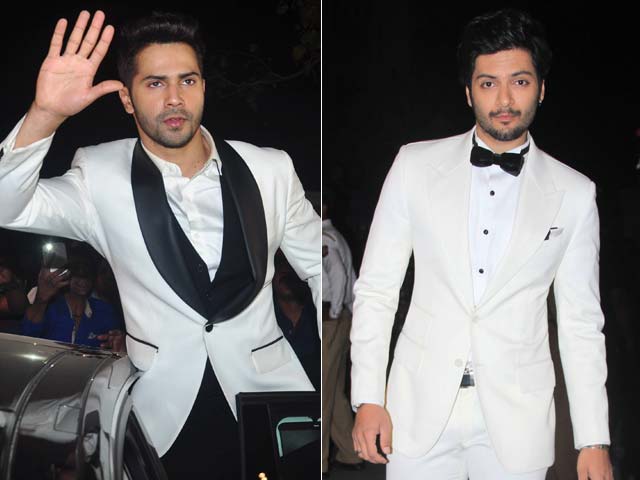