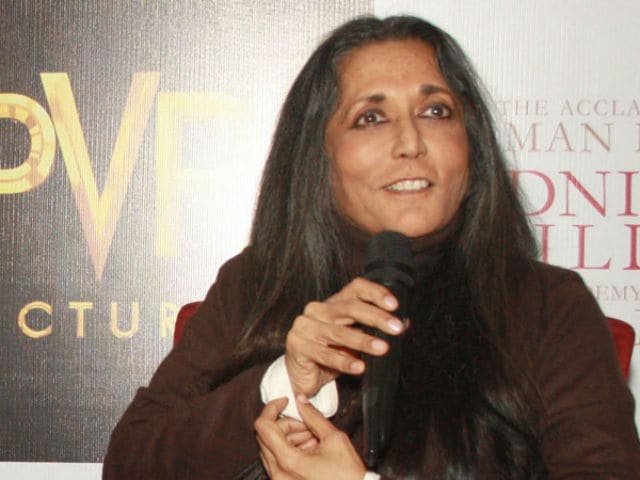 Indo-Canadian filmmaker Deepa Mehta, who is well known for movies such as- Fire (1996), Earth (1998), Water (2005) and Midnight's Children, told news agency PTI that she works with stars only if they 'fit' the role. The 66-year-old director said: "I work with them (stars) only if they are right for the film. Like Aamir was right for Earth, Randeep Hooda was fabulous in Beeba Boys, Priety Zinta was fabulous in Heaven on Earth and so they all were part of the films and not because they are stars." She added: "The films are financed by Canadians and I don't have this thing that I should have star in my film and then only the film will sell. Stop thinking that. I don't have that thing in me. They are wonderful stars (but I work with them) if they are right for the role."
Deepa Mehta, who won a lot of critical acclaim for her Elements Trilogy - Fire, Earth and Water, told PTI that there is 'lack of women filmmakers' across the world. She said: "You (India) have wonderful stories but they are all made by guys mostly. Like Trapped by Vikramaditya Motwane, then there is Masaan, Titli, Dum Laga Ke Haisha, it's so funny, it's not necessary to have serious cinema always. You have an amazing cinema, you have great filmmakers and stories here. But there is lack of women filmmakers not just here in India but across the world."
Appreciating the work of female filmmakers like Kiran Rao and Reema Kagti, she told PTI: "Here you have Reema Kagti who did the wonderful film Talaash, Kiran Rao, she did a beautiful film Dhobi Ghat and then you have Lipstick Under My Burkha, if you ever get to see it. So, there are four-five (women filmmakers) here and there."
Deepa Mehta's 2005 film Water starring Lisa Ray and John Abraham had faced a lot a controversy. The movie, which is a dark introspect into the tales of rural Indian widows in the 1940s, covered controversial subjects such as misogyny and ostracism.
Speaking about the issue, Deepa Mehta told PTI: "As a filmmaker you don't think this (controversy) might happen. I have been called a controversial filmmaker and perhaps it is right. But at this point in my life I don't care about it but earlier on it used to really offend me. Because that meant I chose subjects that would make me controversial and my films were never judged on their own merit but judged for the controversy. She must be making this to become controversial. Now it doesn't bother me. Now I have grey hair."
"We made Water in Sri Lanka as when we were doing the film in Varanasi we got shut down. It is pretty much (same) what happened to Mr Sanjay Leela Bhansali when Padmavati was shut down. Nobody read the script and nobody knew nothing and just a group of people felt strongly they (makers) were upholding the faith. Same was the case with Water where people had no idea about the film and they felt the film was anti-women," she added.
Deepa Mehta's Earth was sent by India as its official entry for the Academy Award for Best Foreign Language Film and Water was Canada's official entry for Academy Award for Best Foreign Language Film. In 2012, she received the Governor General's Performing Arts Award for Lifetime Artistic Achievement, Canada's highest honour in the performing arts.
(With PTI inputs)