Films Sharman Joshi Wants to do After Hate Story 3 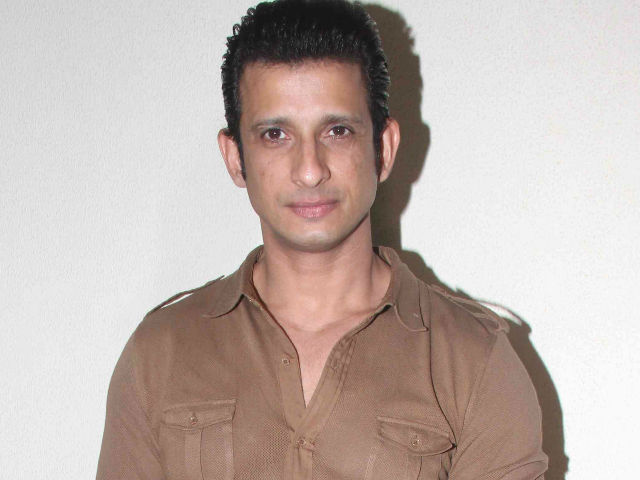 Sharman Joshi at an event to promote Hate Story 3 in Mumbai.

Actor Sharman Joshi said that he enjoys doing films in different genres and given a chance he'd love to explore the experience of working either in a biopic, a historical drama or may be a sci-fi film.
The actor, who will be soon seen in Hate story 3, said: "I always feel like doing something new every time. That's why I have tried almost all genres in my career. Now I want to do a historical, a sci-fi (film) or a biopic. I wanted to act in an erotic thriller and now it has been listed off." (Also Read: Sharman Joshi is 'Happy' With the Censor Board For Hate Story 3)
He is especially keen on a biopic. "I would love to do a biopic. It's a challenge to portray an actual character," he said.
Of which personality he would like to portray onscreen, Sharman said: "There is no particular choice. Actually, it depends on the makers and writer."
Sharman, whose work has been appreciated in films like Rang De Basanti, Life In A... Metro and 3 Idiots, said that with experience, he has realised that "you can't say 'never'" in the film industry.
"You have to be open to all possibilities. As an actor, I thrive on constant challenges and changes. Otherwise, work gets boring," he added.
Directed by Vishal Pandya, Hate Story 3 also stars Zareen Khan, Daisy Shah and Karan Singh Grover. Written by Vikram Bhatt and Madhuri Banerji, the film is a sequel to Vishal's 2014 thriller Hate Story 2, and is scheduled to be released on December 4.