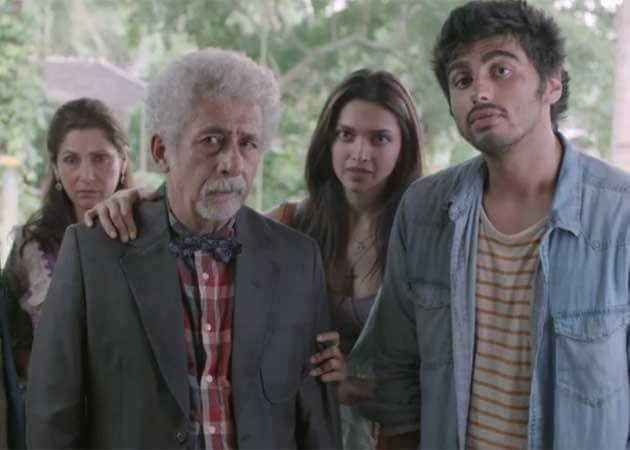 Homi Adajania's English language Bollywood entertainer Finding Fanny registered an opening day collection of Rs 5.1 Crore net across India. Its makers are confident the movie will do well over the weekend.

The quirky comedy, which released on September 12 , comprises of an eclectic cast including Deepika Padukone, Arjun Kapoor, Naseeruddin Shah, Pankaj Kapur and Dimple Kapadia. It is about a road journey undertaken by five oddball characters. (Also Read:Finding Fanny review)

"The makers believe that the film is riding on tremendous word-of-mouth publicity and rave reviews. They expect the film to grow exponentially over the weekend. Morning trends on September 13 show that the film is doing well in every theater across the country," said a source from the film's production team.

Many, like trade analyst Komal Nahta, believe the film is meant "only for select audience". Nevertheless, audiences are finding it to be a cute and slice-of-life entertainer.