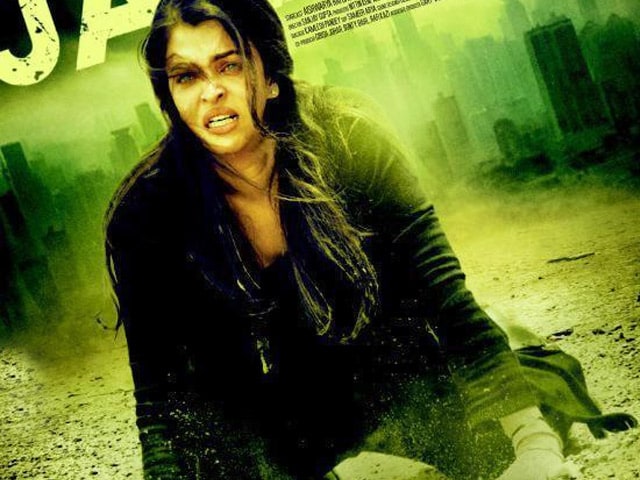 The first look of Aishwarya Rai Bachchan's comeback film Jazbaa is just out. Director Sanjay Gupta tweeted this poster of the film, featuring a distressed Ash scrabbling in the dust with a cityscape behind her.


J A Z B A A THIS IS THE FIRST LOOK POSTER. pic.twitter.com/jijvy2Ppdn

Jazbaa is being officially launched at the Cannes Film Festival where its lead actress is making her 14th appearance.
Jazbaa is the 41-year-old actress' first film in five years - after 2010's Guzaarish - and stars Aishwarya as a lawyer. The cast includes Irrfan Khan, Shabana Azmi and Anupam Kher.
This is the second of Aishwarya's projects to have been launched in Cannes after Madhur Bhandarkar's Heroine. Aishwarya eventually dropped out of Heroine after announcing her pregnancy and was replaced by Kareena Kapoor. She has been on maternity leave all this while and her daughter Aaradhya is now three.