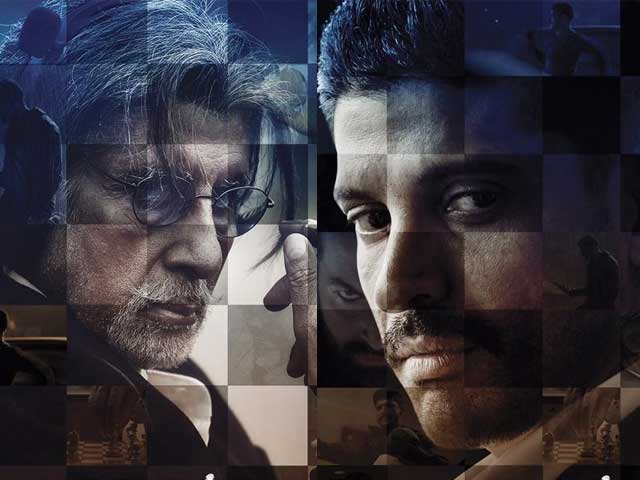 This image was tweeted by @FarOutAkhtar

The first look of the characters Amitabh Bachchan and Farhan Akhtar lay in Wazir were released on Wednesday with the second trailer of the Bejoy Nambiar-directed film.
Farhan posted both looks on Twitter:

And here it is ... Daanish Ali in #wazir#firstlookpic.twitter.com/DxZHidxCso

The teaser of the film features not just a wheelchair-bound Amitabh Bachchan and Farhan as a special operative of some sort but also actress Aditi Rao Hydari in various stages of distress, Neil Nitin Mukesh making a deadly appearance humming the ditty 'lakdi ki kathi,'and John Abraham, who has a cameo in the film and of who there is just one brief glimpse.
Wazir, out this October, has the PK team behind it - writer Abhijat Joshi, with filmmakers Vidhu Vinod Chopra and Rajkumar Hirani producing.
Watch
Watch: