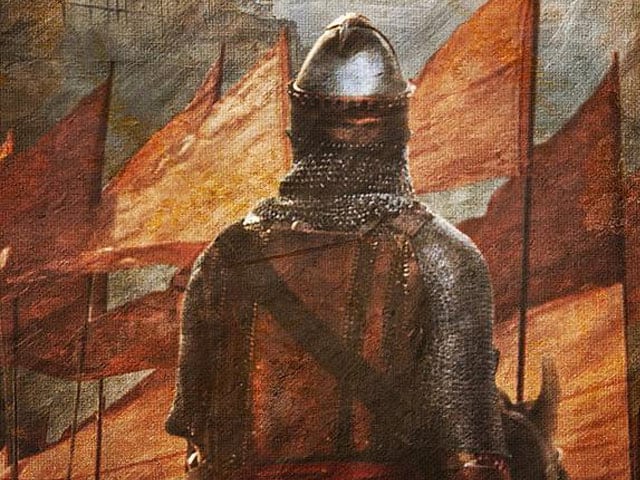 This image was posted on Twitter by Eros Now

For months, director Bhansali has made Ranveer keep his look for the film literally under his hat

A storm is coming, promised actor Ranveer Singh on Twitter. His Game of Thrones-esque pronouncement refers to Sanjay Leela Bhansali's period piece Bajirao Mastani, the first glimpses of which have been released.
Stills released on Twitter by producers Eros show Ranveer and actresses Deepika Padukone and Priyanka Chopra as their characters in the film.
For months, director Bhansali has made Ranveer keep his look for the film literally under his hat - here he is now as Maratha Peshwa Bajirao:


Presenting the first look of @RanveerOfficial as Bajirao in Bajirao Mastani! #1DayToBajiraoMastaniTeaserpic.twitter.com/gitNcu0oG0


Here's the first look of @deepikapadukone as Mastani in the magnum-opus Bajirao Mastani! #1DayToBajiraoMastaniTeaserpic.twitter.com/3RqEduY5Od


And here's the first look of @priyankachopra as Kashibai in the epic, Bajirao Mastani! #1DayToBajiraoMastaniTeaserpic.twitter.com/uqBR3V21dU

Plus, the first poster of the film, attached to the tweet in which Ranveer promised the forthcoming storm:

The trailer of the film will release online and also screen in theatres with Salman Khan's new film Bajrangi Bhaijaan this Friday onwards.
Bajirao Mastani will release on December 18 - the same day as Shah Rukh Khan's next film Dilwale, directed by Rohit Shetty and co-starring Kajol.