Flops Can't Take Away Anything From Subhash Ghai, Says Ex-Student 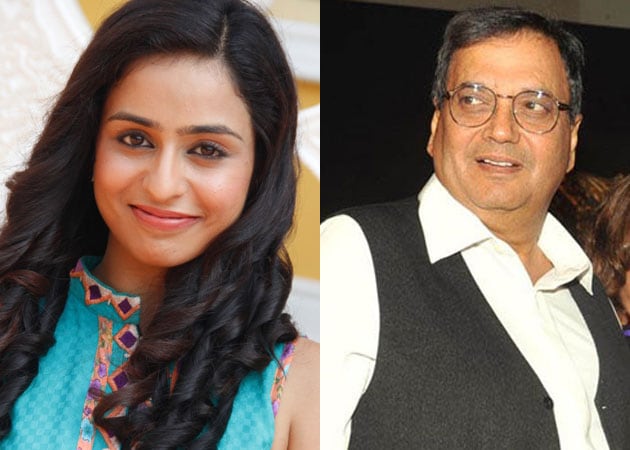 Newcomer Neha Yadav, an alumnus of Subhash Ghai's Whistling Woods International Institute, says that the filmmaker might be going through a rough phase, but his recent string of flop movies can't take away his past accolades.

Newcomer Neha Yadav, an alumnus of Subhash Ghai's Whistling Woods International Institute, says that the filmmaker might be going through a rough phase, but his recent string of flop movies can't take away his past accolades.
The 26-year-old also made her cinematic debut with Subhash Ghai's production Love Express in 2011 along with her new TV show Suhani Si Ek Ladki co-star Sahil Mehta, and says she that learnt a lot from the 'showman'. (Also read:I am more comfortable working with newcomers: Subhash Ghai)
"The first film we did, he (Subhash) gave us a chance. We were like students who graduated. I learnt a lot from him. He is a veteran and one can learn something new from him every day. He was a mentor. He taught us not just about acting but also how to become a better human being," Neha told IANS.
Subhash Ghai's recent projects like Love Express, Yuvvraaj and Kaanchi didn't click with the audience and Neha says it "feels bad".
"You would want that it should do well but I think you can't take away anything from him. He holds the record for giving maximum hits in a row, so a few movies not doing well can't take away anything from him. Our movie didn't do well but we learnt from it," she said.(Also read:Subhash Ghai on Kaanchi: I'm Happy I Made Something Good)
And the movie in a way helped her to bag a role the new Star Plus show, which is co-produced by Subhash Ghai's niece Suzana Ghai.
"I got a call from Suzana Ghai and I went for the audition. They liked it and that's how I got the role. She probably saw me in the movie," said the Delhi girl, who plays Soumya - an outgoing girl in the TV show.
She admires the Pardes director for sure, but also wants to work with Imtiaz Ali.
"He brings out the best in every actor. Be it Highway, Jab We Met, Socha Na Tha or Rockstar, actors shone through. I would love to be directed by him," said Neha.