For Akshay's Rustom, Funniest Dance-Off Ever by 'Chhupa Rustom' Ranveer 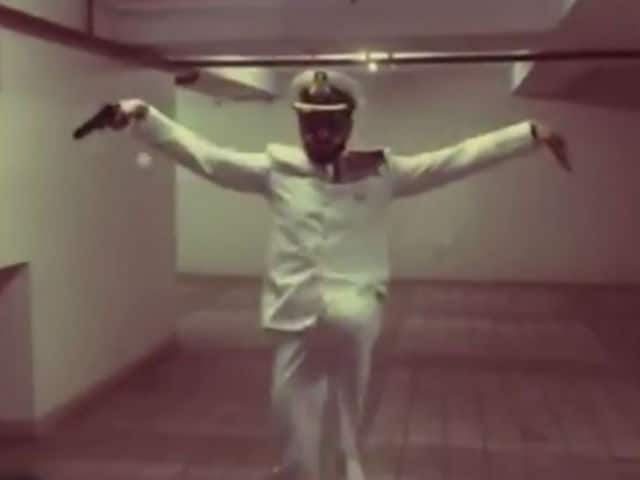 A still from the video posted on Twitter by Ranveer Singh

Ranveer Singh. Enough said. Really.
But to elaborate, the 31-year-old actor took upon himself the task of giving Akshay Kumar's film Rustom multiple votes of confidence on social media.
On Wednesday, he shared a throwback picture of his much younger self with Akshay and now he's posted this hilarious video where he, dressed in the uniform of a Naval officer (Akshay's character in Rustom), dances to... no, we won't tell you. Just watch (and watch till the end):

Now brace yourself - here's the aforementioned throwback picture, worth a 1000 LOLs:


PRICELESS #Throwback !!!
My Fanboy moment with the One & Only @akshaykumar ! #9DaysToRustom
(Watch this space!) pic.twitter.com/qCc55IhT14

This is not the first time Ranveer has rooted for his colleagues before a film's release. Here's what he did for Shah Rukh Khan when Fan was nearly a month away from opening:


The Father of all ... 'Motion Posters' @iamsrk#JabraFanpic.twitter.com/QunVzCvmEa

And lest anybody forget, Hrithik Roshan challenged Ranveer to a Bang Bang dare and received this gift that keeps on giving:

Ranveer Singh will be next seen in Aditya Chopra's Befikre opposite Vaani Kapoor.
Meanwhile, on August 12, Akshay Kumar's Rustom will clash with Hrithik Roshan's Mohenjo Daro.