For Alia Bhatt, This Was the 'Toughest Part' of Udta Punjab

"I think each character is different for me, but I am a director's actor. So if I get the right vision and right guidance from my director, I think sky is the limit for me," said Alia Bhatt 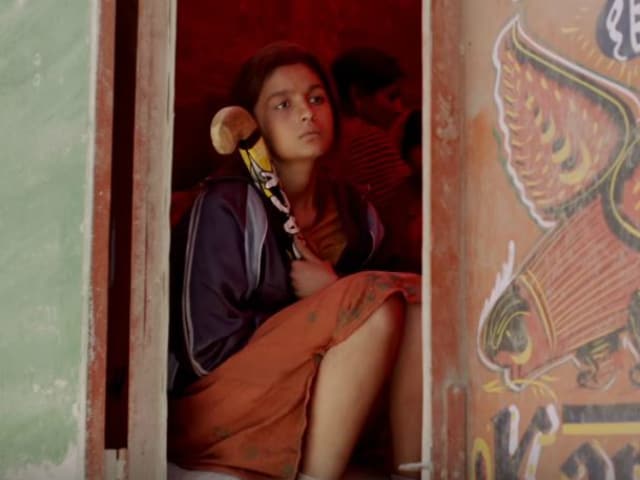 Alia Bhatt in a still from Udta Punjab.

From being a snob in Student Of The Year, a girl falling for her kidnapper in Highway to playing a Bihari immigrant in Udta Punjab, Alia Bhatt is surprising audiences and critics alike with her versatility in one film after another. The actress calls herself a "director's actor," adding that with the right guidance, "sky is the limit" for her.
"I think each character is different for me, but I am a director's actor. So if I get the right vision and right guidance from my director, I think sky is the limit for me," Alia told IANS in a telephonic interview from Mumbai.
Even though she's all of 23, there's no mincing words on critics' part when it comes to praising how well Alia slips into different roles with such an ease that it's tough to see any trace of her own personality on the silver screen.
Alia, who is the daughter of filmmaker Mahesh Bhatt and actress Soni Razdan, believes that the process to get into the skin of the character differs with each film.
"It really depends on the film. For instance, for Udta Punjab, I had to prepare a lot as there were a lot of things involved with regards to preparation - like the dialect and body language. And say for a film like Highway, I was just going with the flow and by my director's vision," said Alia.
For her debut film Student of the Year, which was directed by Karan Johar, Alia had to lose oodles of weight. Alia has also starred in films like Humpty Sharma Ki Dulhania, 2 States and Shaandaar.
In Udta Punjab - which Alia feels is "definitely the most difficult film" of her career, she plays a Bihari immigrant trying to break away from the shackles of the drug menace in Punjab.
As a part of her role, she brings forward dreams of a Bihari hockey champion, who leaves her hometown in search of fame and success, and gets caught among drug peddlers.
When Alia was asked if going de-glam for the role was more difficult or abusing on the camera, she said: "None of them."
"The toughest part was to be this person who is nowhere close to who I am, nowhere close to who I think, nowhere close to situations that I am in in my life," said Alia.
Alia added that she tries to grip the emotional vein of her characters rather than stress about the physical appearance.
"Physical appearance never bothers me. It is the emotional quotient which I hope to understand, and fear that I will not understand," said Alia.
However, she is not affected by "any pressure as of now" due to the acclaim that is coming her way.
"Maybe, I will feel the pressure when my next (film) is about to release or another film does not do well," said the actress, who is taking a well-deserved vacation to London soon.
Alia Bhatt will be back to Mumbai to shoot for Badrinath Ki Dulhania and Gauri Shinde's film with Shah Rukh Khan.
(Except for the headline, this story has not been edited by NDTV staff and is published from a syndicated feed.)