Salman Khan's remark has provoked fury online and from the National Commission of Women which has given him a week in which to apologise. The actor's father Salim Khan and brother Arbaaz have both spoken in support of him 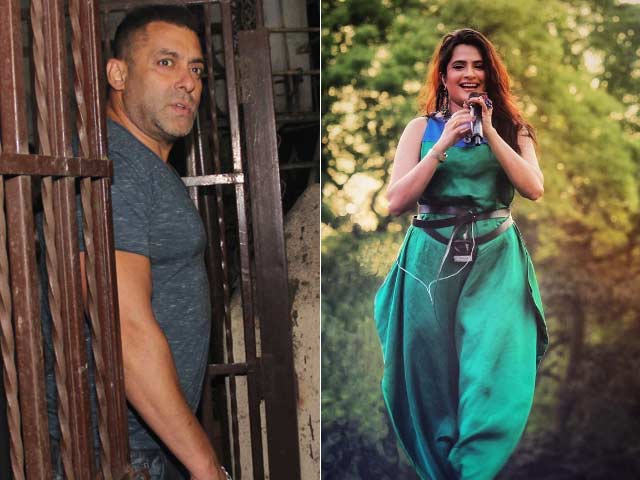 Image on the right was posted on Instagram by sonamohapatra.

Singer Sona Mohapatra's tweet criticizing actor Salman Khan's 'raped woman' comment has earned her the attention of the 50-year-old star's fans on Twitter. Ms Mohapatra was relentlessly trolled on Tuesday by Mr Khan's army of supporters who also trended the hashtag #SalmanMisquoted.
It began when Ms Mohapatra quoted a journalist's tweet saying he had been present at the interview in which Mr Khan said that filming Sultan's wrestling scenes left him feeling like a 'raped woman' and that the actor's remark had been taken out of context. In response, Sona Mohapatra tweeted:

The 40-year-old singer was instantly attacked and abused in the vilest terms, too vulgar to be repeated here.
Ms Mohapatra, who has sung for films like Khoobsurat and Delhi Belly, continued addressing her tormentors in tweets. She also dismissed the apology issued by Salman Khan's father, writer Salim Khan:

Dear Bhai Chamcha's,
You continue to prove my point with every perverted, sick, cheap message you write to me. HaHa pic.twitter.com/9lZAcydfHs

Heard that Salman tried to retract his statement after saying it indicating some self awareness of how wrong it was. Saying sorry won't hurt

Dear idol of millions, Getting your father to say sorry everyday isn't good enough. Teach your fans something good for a change? #India

Salman Khan's comment was made to a group of journalists while the actor was promoting his new film Sultan last weekend. In the interview, carried in its entirety by Spotboye, Mr Khan said, "When I used to walk out of the ring, after the shoot, I used to feel like a raped woman. I couldn't walk straight."
Later, he also referred to women as a 'vice.'
Mr Khan's remark has provoked fury online and from the National Commission of Women which has given him a week in which to apologise. The actor's father Salim Khan and brother Arbaaz have both spoken in support of him.
Here's an audio recording of Salman Khan's interview - the 'raped woman' comment appears at 4.03: