For Farah Khan, Govinda is the 'Ultimate Bollywood Dancer'

"I like Prabhu Deva and Saroj Khan. She was the queen in the eighties and nineties. Her songs are unmatchable. Shiamak Davar is very good and then there are Remo (D'Souza) and Bosco-Caesar," said Farah Khan 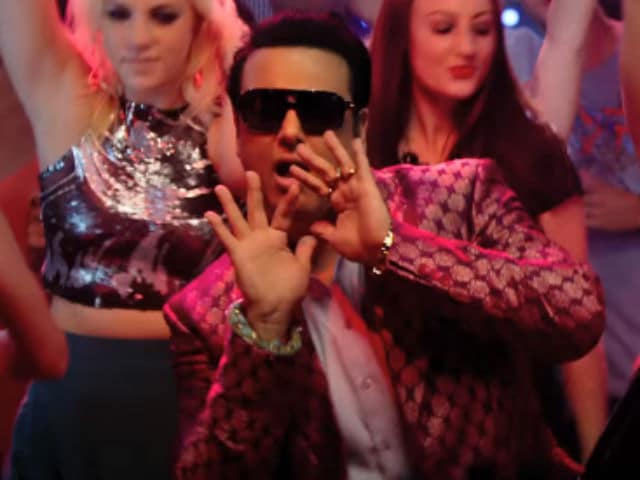 Govinda in a still from Happy Ending.

She has made some of the biggest Bollywood stars dance to her tunes but when it comes to picking up a personal favourite, filmmaker-choreographer Farah Khan said that it will always be Govinda.
"For me, Govinda is the ultimate Bollywood dancer. I can't see anyone beyond him. You can show me the most technical dancer but the fun that you have in watching him can't be matched. I can see him dancing for hours," Farah told PTI.
Farah said that it is hard to match the rhythm and abandon that Govinda channels in his songs.
Farah added that she likes the choreography of Prabhu Deva and Saroj Khan.
"I like Prabhu Deva and Saroj Khan. She was the queen in the eighties and nineties. Her songs are unmatchable. Shiamak Davar is very good and then there are Remo (D'Souza) and Bosco-Caesar. Vaibhavi Merchant is great with classical Indian songs. There are so many. I like songs, not a particular style," said Farah.
Farah, who recently choreographed Baby Ko Bass Pasand Hai from Sultan, said that though such outings are rare, she is always up for a challenge.
"I don't do much choreography these days. Before Sultan, the last song that I did was Gerua. I only accept such assignments when there is an unusual situation or there is something very interesting. I am not in the race for choreography now," said Farah.
"I have choreographed a song for Rangoon. It is on a new girl but I really enjoyed doing that number. Similarly, I enjoyed working with Jackie Chan," she said.
Farah said that the Chinese superstar surprised her with his dancing chops.
"With Chan, it was super fun. You would think that he would not know how to dance but he did well and enjoyed it a lot. He told me that he always wanted to do a Bollywood-inspired dance," said Farah.
Farah has completed the script of her next film, which will be produced by actor Shah Rukh Khan.
(Except for the headline, this story has not been edited by NDTV staff and is published from a syndicated feed.)