For Genelia D'Souza, a Beautiful Birthday Message From Riteish Deshmukh

"Happy Birthday Baiko @geneliad - have the bestest one. Nothing makes me happier than seeing you smile," Riteish Deshmukh wrote on Instagram 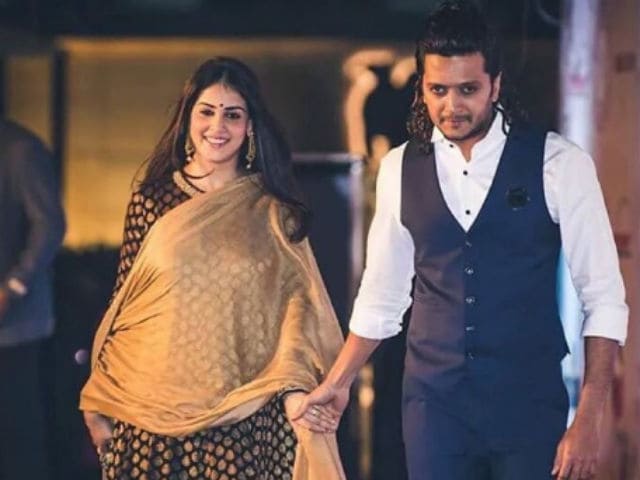 It's Genelia D'Souza's birthday and her husband, actor Riteish Deshmukh wrote a nice message for her on Instagram on Friday. Genelia turned 29 on August 5.
Riteish shared this adorable picture and wrote that nothing makes him happier than seeing his lovely wife smile. God bless, Riteish and Genelia.

Happy Birthday Baiko @geneliad - have the bestest one. Nothing makes me happier than seeing you smile.

Much love, from Genelia.

Thank you Navra.. Ur the reason I smile always .. Love you so much https://t.co/IYsNdaRZR2

Genelia D'Souza and Riteish Deshmukh met while filming 2003's Tujhe Meri Kasam and married in 2012. Riaan was born in 2014.
Genelia last featured in Tere Naal Love Hogaya, co-starring Riteish, in 2012. In 2014, she appeared in a cameo in Salman Khan's Jai Ho.
Riteish will soon be seen in September's Banjo.