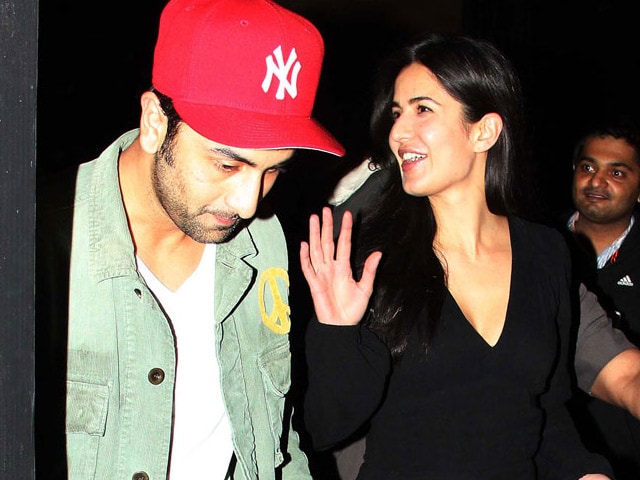 Ranbir and Katrina will appear together in Jagga Jasoos

Katrina Kaif and Ranbir Kapoor, who have been conducting a super 'secret' romance that everyone knows about but can't discuss for some years now, have apparently had to temporarily suspend on-set visits.

A report by MissMalini says that the couple will have to do without each other for a bit after Katrina's Fitoor director Abhishek Kapoor declared the film's set in Kashmir off-limits for Ranbir, presumably to be able to complete the shoot with little or no distraction.

Katrina has flown to Sri Lanka to visit Ranbir on the sets of Bombay Velvet and to Corsica where he was shooting Tamasha. He's not going to be able to return the favour for a while.

Pip is played by Aditya Roy Kapur and the redoubtable Rekha is perfectly cast as the formidable Miss Havisham, jilted at the alter as a young woman and living on the edges of insanity ever since.

Rekha's look as Fitoor's 'Begum' was revealed on social media.

Meanwhile, Ranbir Kapoor and Katrina Kaif, who share an apartment in Mumbai, needn't fret about being apart for too long. They will be seen together on the silver screen in director Anurag Basu's Jagga Jasoos.