For Rishi Kapoor, Birthday Tweets From Big B, Twinkle and Others

"Happy birthday. May you get older, wiser and stop troubling Neetu aunty so much," Twinkle Khanna wrote on Twitter 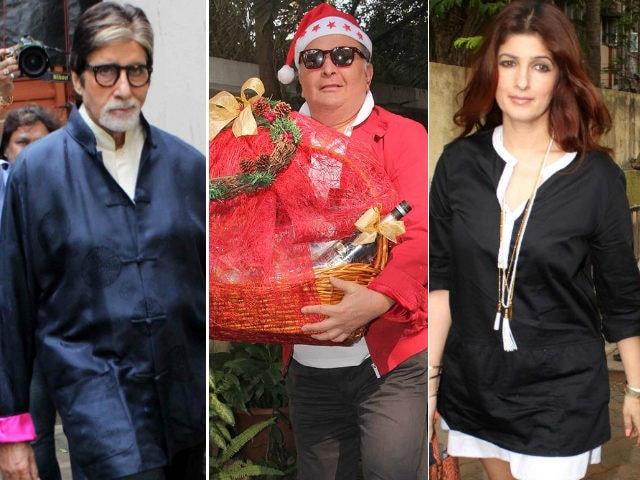 Veteran actor Rishi Kapoor turned 64 on Sunday, and his friends and colleagues from the industry have wished him a year full of love and happiness.
The celebrities echoed somewhat a similar message - Rishi Kapoor was asked to keep on inspiring.
Here's what the celebrities had to say on Mr Kapoor's birthday:

Happy birthday to the coolest!! Have a great day @chintskap. Lots of love.

Happy birthday @chintskap uncle ! May you get older, wiser and stop troubling Neetu aunty so much :)

Happy birthday Chintuji....@chintskap....I hope you have a spectacular year!! Lots of love and tremendous respect....

Belated happy birthday my Mastikhor @vivek_oberoi - have a great year ahead. Big hug

Happy bday @chintskap Wish you all the joy n happiness in the world .. You keep inspiring and entertaining sir film after film .. Love xo

The actor has been part of the industry for over four decades and is admired for films like Mera Naam Joker, Bobby, Khel Khel Mein, Hum Kisise Kum Naheen, Karz and Prem Rog.
The actor was last seen on screen in Kapoor And Sons.