For Sushant Singh Rajput, This is What Life After Byomkesh Bakshy Looks Like 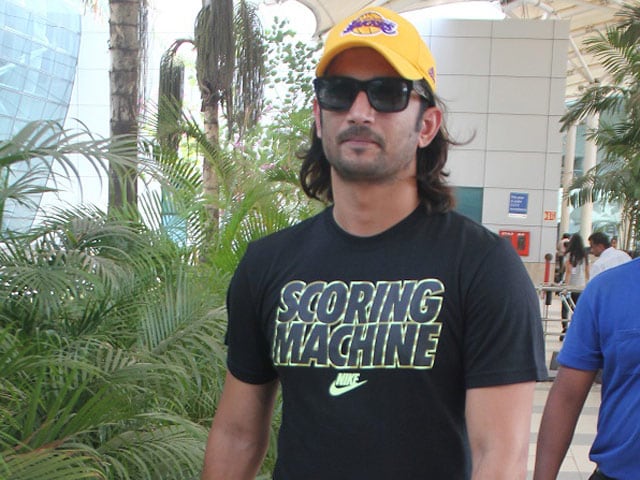 With his portrayal of Byomkesh Bakshy getting appreciation, actor Sushant Singh Rajput is a happy man and he said that he will continue to explore challenging roles in his future projects.
It was something of a risk for both Sushant and director Dibakar Banerjee to reinvent the popular literary character as a young, inexperienced man in Detective Byomkesh Bakshy! but it seems to have paid off.
"The film has made its mark. It has got a lot of praise for its direction, production design and look. I am really happy with the way it is been received. In fact, my family was surprised to see my transformation," Sushant said. (Also Read: Foreign Media on Sushant Singh Rajput's Detective Byomkesh Bakshy!)
The 29-year-old rising star has taken a short break post the film's release on April 3 and will begin shooting for his next soon. He is playing the lead in Mahendra Singh Dhoni biopic besides Shekhar Kapur's Paani.
When asked about directors' trust in him, Sushant said, "It may be because they think I want to learn. I don't know how talented I am but one thing I am very sure about is that I will give it my 100 per cent. I will do it with utmost honesty." (Also Read: Sushant Has Become Byomkesh For Kolkata, Says Dibakar Banerjee)
Sushant's journey in the industry has been good so far and he wants to keep that momentum.
"All the films that I want to do this year, next year and in near future, I really want to push the envelope with them. It can happen only when I take on films that have very different characters. This is the intention and till now this has been happening so I am very happy," he said.
The actor has found a foothold in Bollywood but that does not mean he has grown fearless.
"There can never be a state of mind when you are fearless. You are always insecure. Either you are insecure about not getting what you want or you are insecure about losing what you have. It is a constant state of mind for everyone.
"There are so many parameters that are not in your hands. If you want to explore, learn and have the courage to do films that are actually changing the cinema, then you will be at peace," he concluded.