For Varun Dhawan, John Abraham is a 'Big Brother'

"@Amira_LD @TheJohnAbraham is my big brother. he's force1 and 2 combined. can't wait for him to come back and begin promoting #dishoom," Varun Dhwan tweeted. 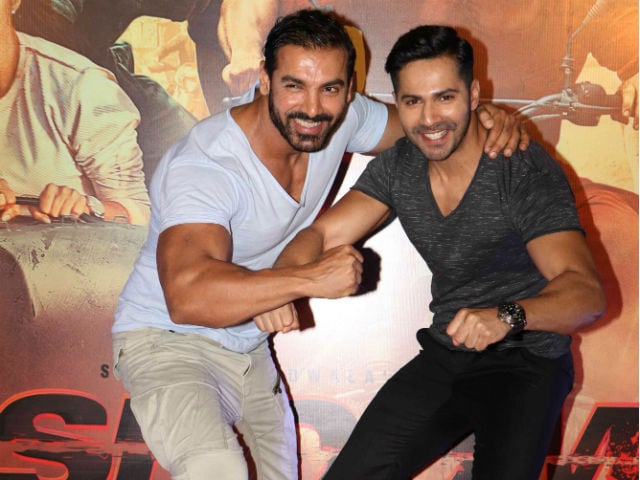 Actor Varun Dhawan has called his Dishoom co-star John Abraham his "big brother".
Since the trailer of Dishoom has passed 10 million views, the Badlapur actor treated his fans and followers with a question and answer session on Twitter.
When a user asked Varun about what he liked the most about John, Varun replied:

@Amira_LD@TheJohnAbraham is my big brother. he's force1 and 2 combined. can't wait for him to come back and begin promoting #dishoom

How would he describe actress Jacqueline Fernandez in three words, asked another user and Varun tweeted:

A fan asked who was Varun's favorite Bollywood actress and he wrote:

@Livinakaur hey malaysia. fav actress have so many love deepika,katrina and peecee as well

The 29-year-old actor who will be seen playing a rookie police officer in brother Rohit Dhawan directed Dhishoom , shared with his fans that if he wakes up and finds out that he has turned into superstar Shah Rukh Khan, he would:

Dhishoom is set to release on July 29.