"At 74, beggars are not choosers. I get whatever comes to me. Fortunately they are stories that are commensurate with my age so I accept them. I need to work and I am happy to be working," he said 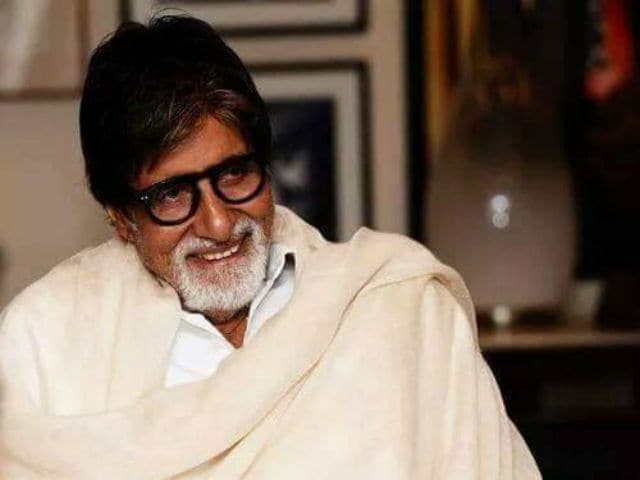 Superstar Amitabh Bachchan turns 74 next month but he says he's still hungry for new challenges after his latest movie about sexual violence against women left him deeply moved.
In an interview at his sumptuous Mumbai office, the film legend of almost half a century said courtroom dramaPink, to be released on September 16, would challenge attitudes in conservative India.
"During the course of the film there will be substance that will talk about women, society and how morality views them," Mr Bachchan said of the thriller set in the capital.
"Delhi has been chosen deliberately as many of these cases have been occurring in Delhi," he added, a reference to several high-profile attacks that have shone a global spotlight on frightening levels of violence against women.
Rape and sexual assault occur regularly, with incidents hitting the headlines on an almost daily basis, despite tough new laws following the fatal gang-rape of a Delhi student in December 2012.
Pink, which sees Amitabh Bachchan play an ageing lawyer with bipolar disorder, centres on three women in their 20s who are molested one night by a group of drunk, socially influential men.
However, it's the women who end up on trial. A short trailer released by the production company shows one of them being accused of defamation and another of soliciting while a policeman appears unsympathetic to their plight.
"It was a very emotional experience having to enact the circumstances that women go through, what they feel or how society should look at them," said Mr Bachchan, wearing a lime green Nehru jacket.
The actor affectionately known as 'Big B', a reference to his decades-long command over Bollywood as well as his six foot one inch frame, was so moved that he penned an open letter to his two granddaughters this week.
'Angry Young Man'
In it he urged them and all granddaughters to make their own choices and "don't let anyone make you believe the length of your skirt is a measure of your character".
His experiences shooting Pink, which is directed by Aniruddha Roy Chowdhury, "became a source of inspiration to write that letter", Amitabh Bachchan explained to AFP in his famous, deep baritone voice.
The 73-year-old, whose birthday on October 11 will see hoards of fans gather outside his home, shot to stardom in the early 1970s on the back of powerful roles in hits Zanjeer and Sholay.
He was dubbed India's "angry young man" due to his portrayal of violent heroes fighting against an unjust system as Bollywood movies, which had previously been polite romances, added a new aggressive element.
Amitabh Bachchan quickly became Bollywood's most internationally-recognised star due to a string of starring roles.
He is married to former leading heroine Jaya Bhaduri and hosts the Indian version of TV quiz show Who Wants To Be a Millionaire.
His son Abhishek is also an actor while his daughter-in-law Aishwarya Rai Bachchan is a former Miss World and leading actress.
Amitabh Bachchan, whose father was a renowned poet, said dealing with the adoration of millions throughout his career had been easy because it was the only life he had ever known.
"I was born in fame. I was always recognised and known. Personally I feel normal about it," he insisted.
"I don't know how others think about me, but if I have to walk the streets, I will, and if I need to stand in a queue at the airport, that's ok."
"I am not conscious of the fact that something special should be done for me," he added.
'New Challenges'
He said one of the biggest changes to India's century-old film industry that he had seen over his career was the number of women now working on film sets.
"There are a lot of women on set in every department, taking charge of production, camera and administration. These were all jobs that were done by men.
"The only ladies you saw on set were the leading lady and maybe, as her chaperone, her mother," he said, wearing his trademark round black spectacles, his white goatee contrasting with his brown hair.
Pink will be Amitabh Bachchan's third release of the year following crime thrillers Wazir and Te3n and he is clearly revelling in being cast as a troubled elderly male in recent roles.
Mr Bachchan said it was "wonderful" to work on films where the average age is 25-30 and insisted he has no plans to slow down.
"At 74, beggars are not choosers. I get whatever comes to me. Fortunately they are stories that are commensurate with my age so I accept them. I need to work and I am happy to be working," he said.
"As an actor I love to be challenged. I love to be put in a different sphere and hope I can tackle it. I hope there are still new things out there for me to try."