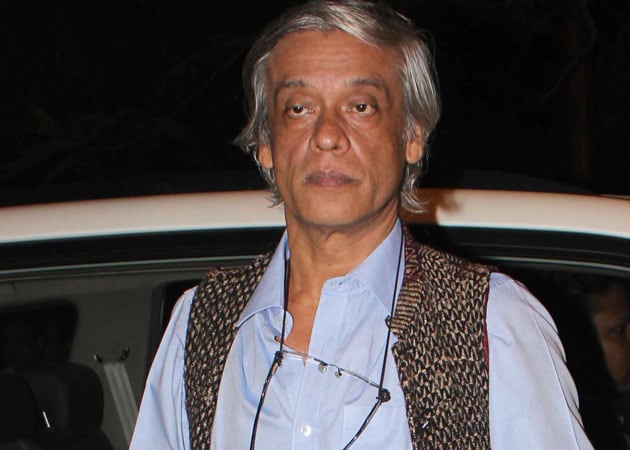 Sudhir Mishra said, "We have to respect the verdict of the people.?

It is thumbs up for India's to be prime minister Narendra Modi at the ongoing 67th Cannes Film Festival at the South of France.

It is thumbs up for India's to be prime minister Narendra Modi at the ongoing 67th Cannes Film Festival at the South of France.
A large chunk of Indian contingent are bullish on a Modi-led BJP government that will have a comfortable mandate in the 16th Lok Sabha.
"On behalf of the entire Indian film fraternity, we congratulate Narendra Modi on the massive victory. We are confident that the Indian film industry will get a new lease of life under the leadership of Narendra Modi," said Ravi Kottarakara, President of Film Federation of India, which has a footprint across India. (Also read: At Cannes, Mallika Sherawat Wears Blue Pucci and Diamonds )
Modi has been a buzz at Cannes and the talking point at the boat party hosted by CII on Thursday late night under the chairmanship of Ashok Amritraj for the initiative at Cannes.
Kulmmet Makkar, CEO, Film & TV Producers Guild of India, said, "The change is always important and the new government with a clear mandate is great for the Indian film sector. We have positive hopes from the BJP-led government."
As many as 20 celebrities are here to participate in the film fest and there were naysayers on Modi's victory too.
But filmmaker Sudhir Mishra said, "We have to respect the verdict of the people."
"The change is always good. I am an independent filmmaker and continue to make independent films," he added sharing his views on Modi's victory.
The Chameli director also said that he has no qualms in stating that, "I am not a 'biriyani secularist'." (Also read: Cannes 2014: Jane Campion Slams Sexism in Cinema )
Talking about Indians filmmakers' impact at Cannes Sudhir Mishra praised Anurag Kashyyap and said he has done more to India at Cannes individually than the Indian government.
Frank Stehling, MD, PrimeHouse GmbH, who works closely with Indian filmmakers on co-production and re-make rights of films, said his business partners have a great deal of confidence in Modi.
"All I can say is that my business partners are optimistic of the change in government in India and it will be business friendly and benefit the industry," he said.
Meanwhile, foreign filmmakers are hopeful that permission for shooting locations and process of engagement with India will be less bureaucratic and transparent in the new BJP led government.
India has been pitching for single window clearance for film shooting in overseas but a clear policy is not in place yet.
The industry leaders stressed upon having a National Film Commission.
"We should have a National Film Commission and the entire spectrum of filmed entertainment should be serviced from the commission. The Ministry of Information and Broadcasting should have no direct role to play in markets like Cannes," said a film producer not willing to disclose his identity.
The Gujarat film tourism stand at the Cannes Film Market - Palais - attracted visitors on Friday in the aftermath of Lok Sabha poll results in India.
Gujarat Tourism is participating at the market under Confederation of Indian Industry for the third year.
Industry leaders were reflecting that Modi has been mentioning promoting Indian film locations in his campaigns and are optimistic that his words will turn into vision in the coming months.
"We hope that policy decisions will be speeded up with clear mandate to the BJP government," says Sushil Kumar Agrawal.
"For three years we have been waiting for film archival policy from the government. We have high hopes that it will happen now."
India is ranked fifth in the international global box office collections at $1.5 billion. China is on top with $3.2 billion, followed by Japan on second slot with $2.4 billion, UK third with $1.7 billion, while France holds fifth position with $1.6 billion.
"The new BJP government that's gave industry status to the Indian film sector can help India move up the ladder. We sell more tickets but our currency keeps us down," said a film producer.