From Rishi Kapoor, a Family Frame Packed With Kapoor And Sons 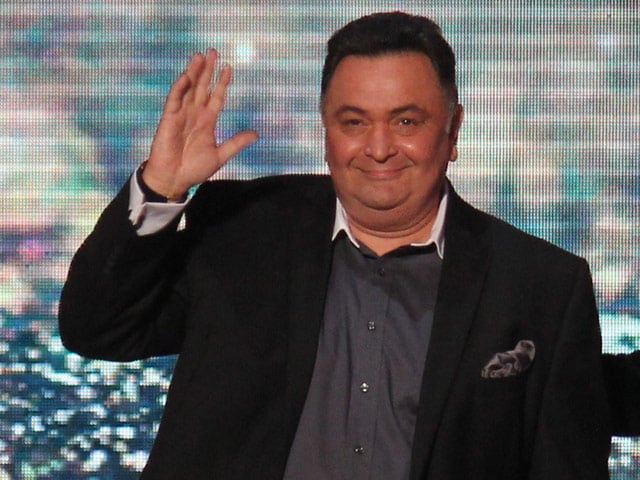 A file photo of Rishi Kapoor

"Family! Somebody sent this. Only Karan Kapoor is missing and of course Ranbir was too small or perhaps not born," Rishi Kapoor wrote on Twitter on Sunday. For the uninitiated, Rishi Kapoor mentioned the names of the members of the family in the picture.

Actor Rishi Kapoor shared a photo of what can arguably be called as Bollywood's first family-the Kapoor clan.
The 63-year-old actor seemed to have taken a nostalgic trip and shared this picture on Sunday.


Family!Somebody sent this. Only Karan Kapoor is missing and ofcourse Ranbir was too small or perhaps not born pic.twitter.com/DRRiY4V8O5

For the uninitiated, Mr Kapoor mentioned the names of the members of the family in the picture. One can see younger Rajiv Kapoor, Aditya Kapoor (son of Shammi Kapoor and Geeta Bali), Randhir Kapoor, Kunal Kapoor (son of Shashi Kapoor and Jennifer Kendal) sitting while Shammi Kapoor, Raj Kapoor and Shashi Kapoor stand behind. In the picture one can also see a framed photograph of the head of the clan-Prithiviraj Kapoor.
Meanwhile, earlier on Saturday, Mr Kapoor also reacted to veteran actress Shabana Azmi's tweet in which she mentioned a joke acting legend Sanjeev Kumar had once cracked on her. This is what they tweeted:


I Don't believe that. You both were so complimenting each other in so many films. Power house actors these! https://t.co/LJCneOoHhm