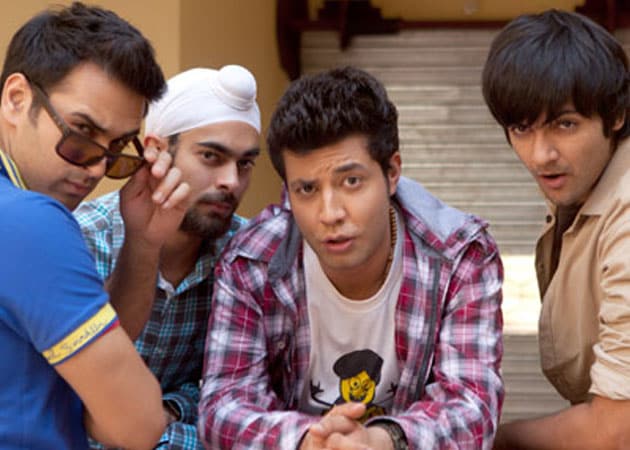 Fukrey actor Ali Fazal hints about a sequel to Farhan Akhtar and Ritesh Sidhwani's small-budget production venture.
At the success party of Fukrey on Tuesday, when asked where does he see the celebrations going, Fazal said: "I think till Fukrey 2."
"Well, not right now but the demand is such that we will have to make a second part. People are asking us for more," he added.
Directed by Mrighdeep Singh Lamba, Fukrey also stars Manjot Singh, Pulkit Samrat, Varun Sharma, Priya Anand, Richa Chadda and Vishakha Singh.
"We are also excited, we have become like a family. This can only go forward. Inshallah, let's see," said Fazal.