Gajendra Chauhan to FTII Students: Strike is no Solution, Willing to Talk 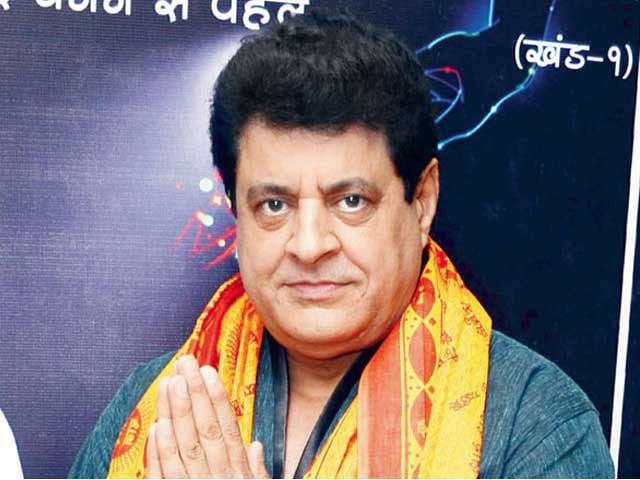 As the Film and Television Institute of India (FTII) logjam over the appointment of Gajendra Chauhan as its chairman continues, the BJP member and actor said that the students should not go on hunger strike, but have a dialogue to come up with a solution.
On Monday, the prolonged strike against Mr Chauhan's appointment as the chairman of FTII entered its 95th day. And students of the Pune-based institute are now sitting on a hunger strike since September 10. (Also Read: 'FTII Row Not Only About Gajendra Chauhan')
"Hunger strike is no solution. I request them to sit across and have a dialogue with the minister or the ministry officially. Only then a solution can come out," he told IANS.
Mr Chauhan, who is best known for playing the role of Yudhisthir in BR Chopra's Mahabharat and has also featured in small roles in various films like Tumko Na Bhool Paayenge and Baghban, said: "I am willing to talk to the students as well to arrive to a solution". (Also Read: Gajendra Chauhan Should Listen to Students , Says Salman Khan)
The students claim that Mr Chauhan lacks credentials for the post of the chairman and that his appointment was politically motivated and they have now urged President Pranab Mukherjee along with 190 eminent filmmakers and artists to intervene and end the stalemate. (Also Read: With One-Para CV, Gajendra Chauhan Was Selected FTII Chief )