Genelia is 'Busy' With Babies, 'Fan' Riteish Misses Her Onscreen

"She is busy having babies. I do miss Genelia seeing onscreen. I am huge fan of her. She is a wonderful actress," he said 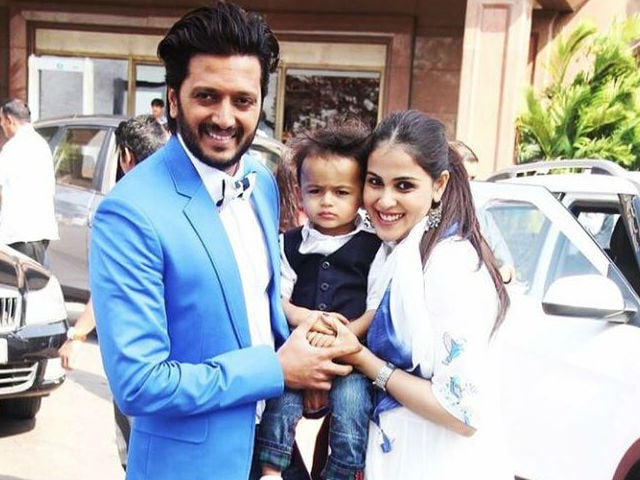 Riteish Deshmukh hit the bull's-eye with his Marathi productions Balak Palak and Lai Bhaari and now the actor plans to venture into Punjabi and Southern cinema as a producer.
"Regional cinema is a space one needs to understand. It doesn't mean if a film has worked in Marathi cinema then it will work in other language as well. I would love to explore (producing films in) other languages as well," Riteish told PTI.
"I have friends who have produced Punjabi cinema. I would like to collaborate. Genelia has worked extensively in Tamil and Telugu (and) with her experience we will try to collaborate there," he said.
Talking about wife Genelia, the 37-year old actor said he misses seeing her onscreen.
"She is busy having babies. I do miss Genelia seeing on screen. I am huge fan of her. She is a wonderful actress," he said.
The actress' last Bollywood film was Tere Naal Love Hogaya, opposite her husband, in 2012. She also had a cameo in Salman Khan's 2014 film Jai Ho.
Riteish and Genelia married in 2012. The couple had their first child, Riaan in 2014, while Rahyl was born this June.
The actor-producer said Genelia overlooks the functioning of his production house. "The entire production is handled by her. She is very good at it. My job is to creatively green light a project and she executes it," he said.
Riteish will be seen next in adult comedy Great Grand Masti alongside Vivek Oberoi, Aftab Shivdasani and Urvashi Rautela.
The film, directed by Indra Kumar, hits cinema houses this Friday.
(Except for the headline, this story has not been edited by NDTV staff and is published from a syndicated feed.)