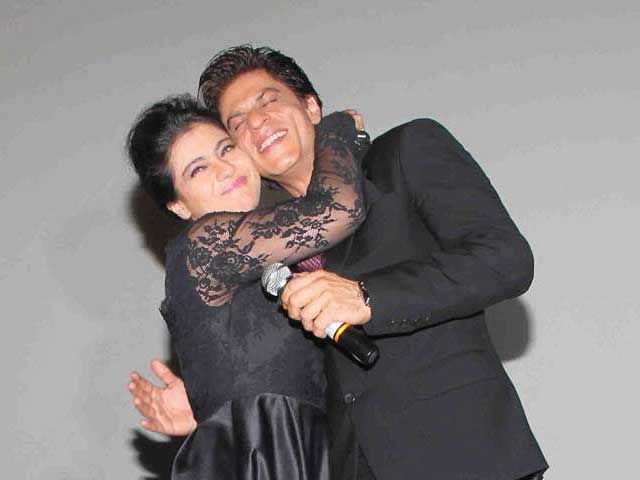 SRK wrote on Twitter: Want to thk Team Rohit Shetty & Red Chillies for doing this last minute.All looked happy that I picked Kajol again. There's more to come if we go by this tweet: Celebrated enough tonite with Dilwale team.But amidst mad shooting Rohit has a made a video for u all for DDLJ. YRF will upload it soon

The snapshot of Shah Rukh Khan and Kajol recreating a classic Dilwale Dulhania Le Jayenge pose in a poster from Rohit Shetty's Dilwale started doing the rounds even as the #DDLJBestMovieEver became a trending topic on Twitter this morning. DDLJ, which celebrates its 20th birthday today redefined Bollywood romance and catapulted SRK and Kajol to superstardom. (Also Read: 20 Years After Dilwale Dulhania Le Jayenge, 20 Top Moments From the Film)

SRK and Kajol sharing a mushy moment that is reminiscent of their famous scene from DDLJ. One of Bollywood's greatest romantic jodis, Shah Rukh and Kajol have delivered hits like Baazigar and Karan Arjun. Their last film together was Karan Johar's My Name is Khan in 2010.
Dilwale, which also stars Varun Dhawan, Kriti Sanon, Boman Irani, has been confirmed for release on December 18.