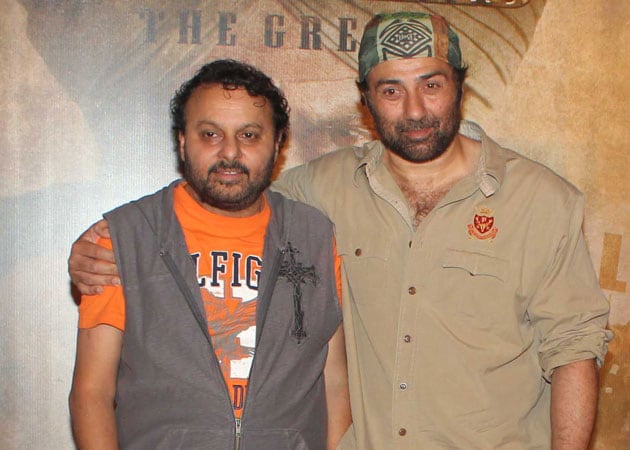 Filmmaker Anil Sharma feels that actor Sunny Deol brought the trend of good cinema to Bollywood.
The director-actor duo has worked together in movies like Gadar: Ek Prem Katha, The Hero: Love Story of a Spy and Apne.
Tracking Sunny's film journey, Anil said the actor is the harbinger of modern cinema in India and he, in fact, did it with his debut film Betaab in 1983.
"I feel the cinema which is considered good cinema in India was started by Sunny's films. The kind of films like Arjun, Betaab which he did in the starting of his career and the kind of directors with whom he worked, it led to the entry of modern cinema in India," said Sharma.
Meanwhile, Anil asserts one has to be very sincere and logical if Sunny has to be roped in for a film and this is something which has not changed about the actor with time.
"He has worked with best of the directors. So I always knew that to work with him one has to be very sincere, hard working and logical. Since the time I have worked with him for the first time till today he demands the same logic and sincerity," said Sharma.
Sunny will soon be seen as a Sikh in Sharma's next project Singh Saab The Great, which is slated to release in November this year.