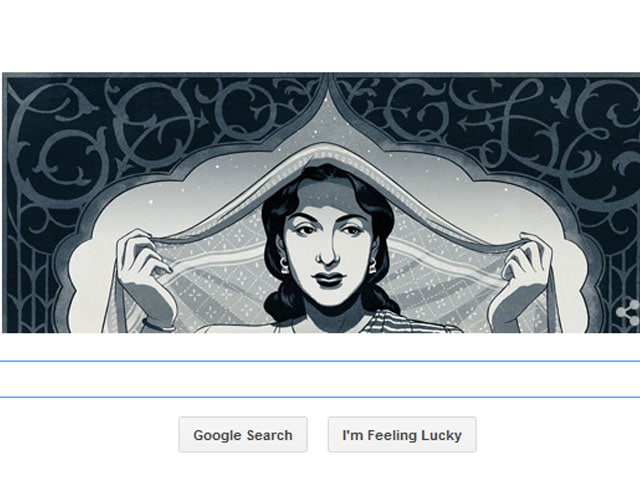 One of Bollywood's most glamorous leading ladies through the '40s and '50s, Nargis dominated the screen in films like Aag, Awara, Shree 420, Barsaat and Chori Chori

Screen legend Nargis would have been 86 today and Google is celebrating with a vintage look black and white film-style Doodle of the actress.
Nargis, born Fatima Rashid, was a child star before becoming one of Bollywood's most glamorous leading ladies through the '40s and '50s. With Raj Kapoor, she dominated the screen in films like Aag, Awara, Shree 420, Barsaat and Chori Chori.
1957's Mother India was a triumph for her at home and abroad - Nargis' performance as the widow who goes through incredible hardships to bring up her two sons and later kills one who has grown up delinquent won her the Filmfare Award for Best Actress. The film was also nominated for Best Foreign Picture at the Oscars, a first-time glory for India.
Nargis was also the first winner of the National Award for Best Actress, for her last roles as a woman with multiple personality disorder in 1967's Raat Aur Din.
Nargis married actor Sunil Dutt - who played the son she kills in Mother India - in 1958 and had three children - actor Sanjay Dutt, politician Priya and Namrata, who is married to actor Kumar Gaurav, son of Rajendra Kumar who played Nargis' other son in Mother India.
She was just 52 when she died of pancreatic cancer in 1981, days before the premiere of her son Sanjay's debut film Rocky.