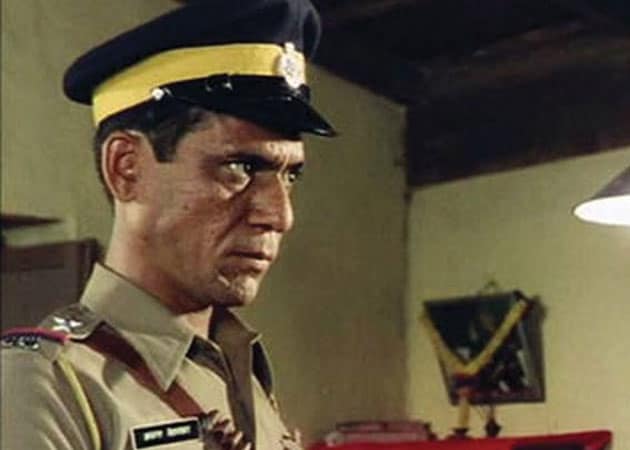 A still from the 1983 film Ardh Satya

Acclaimed filmmaker Govind Nihalani, who is planning a sequel to Ardh Satya, says he would like to team up with Om Puri for the second part.

Acclaimed filmmaker Govind Nihalani, who is planning a sequel to Ardh Satya, says he would like to team up with Om Puri for the second part.
Om Puri played the protagonist in the 1983 release, which also had Amrish Puri and Smita Patil -- but both the actors are not alive.
"...the two major people are not there anymore with us. Right now, I am keeping my options open and I am waiting to see what happens. I would love to have Om Puri again," he said.
Based on noted Marathi playwright Vijay Tendulkar's short story, the critically acclaimed cop-drama revolved around a police officer, played by Om Puri, struggling with the bad elements around him and with his own weaknesses.
The director hopes to lock the story by the end of the year.
"My friend and the producer of the film, Manmohan Shetty has been persuading me for several years. I am thinking about it. I am in the process of developing the story. I hope that at the end of the year or by next year, I will finalise it," he said.
Known for directing films like Aakrosh, Vijeta, Party and Dev, the director feels sequels can be challenging at times.
"In a sequel, you take the story forward with the same characters. That is tricky as you have to invent a new story with the same characters.
"Sometimes, some artists are unavailable, so you have to bring in new actors. It is like making a new film. Except that you maintain the title as the earlier film was accepted," he said.
A lot of remakes are coming nowadays, but the director would not like to see his films being remade.
"I wouldn't not like to see my films being remade. They are not entertainment- oriented. They were entertaining, but they had much more substance in terms of consciousness about social issues and situations and that is not the kind of stuff you remake," said Nihalani.