Govinda's Aagaya Hero will release on February 24. It will be the actor's first release in three years 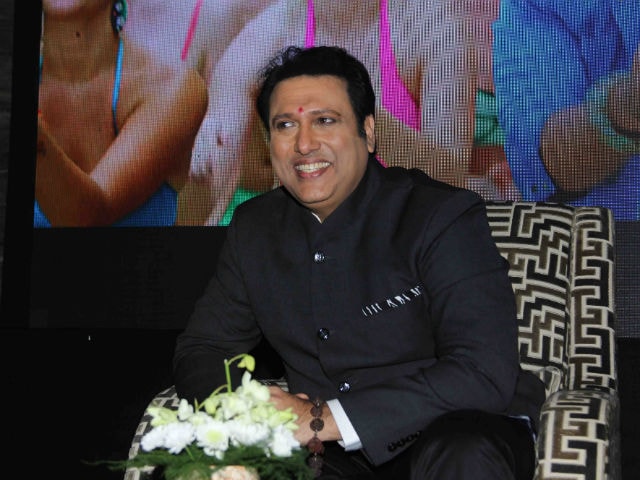 Actor Govinda, who celebrated his 53rd birthday on Wednesday, announced the release date of his next film Aagaya Hero. Directed by Deepankar Senapati, the film will release on February 24, 2017. Aagaya Hero will be Govinda's first film in three years, after he did a cameo in Kill Dill and Happy Ending in 2014. The first look of the film was also released yesterday and Govinda plays of a cop. Talking about his film, Govinda told Times of India, "When I decided to make a comeback, I had to cash in on my brand of cinema; I didn't want to disappoint the public."
Here's the first look of Aagaya Hero:

On doing a cameo in Kill Dill and Happy Ending, Govinda told TOI, "People liked my performances, but I was hardly there in them. Sometimes, your effort doesn't reach the audience. I've ensured that my upcoming film will satisfy people who come to see a Govinda film."
Meanwhile, Govinda's birthday party was attended by Sunny Leone and her husband Daniel Weber, who danced with the actor to his hit song Ankhiyon Se Goli Maare.
Watch Govinda and Daniel's dance here:


Once in awhile you get to teach a legend a step or 2 . Happy birthday Govinda !!!! pic.twitter.com/4u24vOpmAk

Govinda, who was a member of the Parliament of India from 2004 to 2009, earlier told news agency PTI that he has no plans to return to politics again. "It took me nearly nine-ten years to come out and forget the days of politics."
The actor, who is around 30-years-old in the industry debuted with Ilzaam in the year 1986. He has done more than 150 films so far.
Alongside Aagaya Hero, Govinda will also feature in Ranbir Kapoor and Katrina Kaif's Jagga Jasoos, which releases on April 7.