Govinda: I will ask my wife before doing a sex comedy 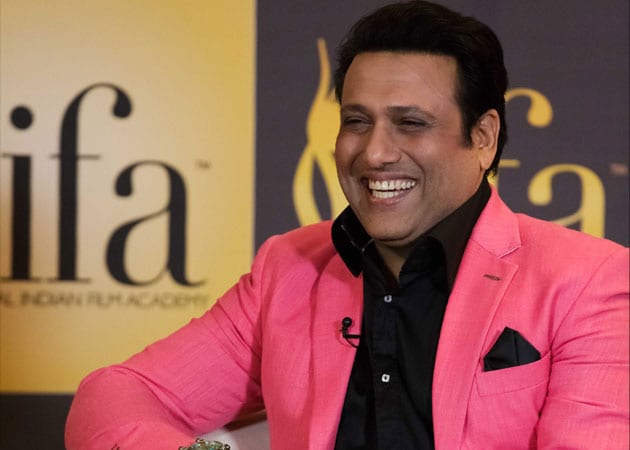 Govinda attends an interview as a part of the IIFA festivities

Bollywood actor Govinda has nothing against sex comedies which are a trend in tinsel town nowadays. Whether he will be part of such a project or not is a decision he would want to consult his wife for.
Asked about his take on sex comedies, Govinda said here: "I feel whatever gives business, somewhere it is right. Something which is accepted by everybody cannot be wrong. Whichever comedy it might be, I think comedy is comedy."
Is he open to sex comedies?
Pat came the reply: Well I will have to ask Sunita (my wife) about that.
While Govinda seems to be embracing the new twist to comedy films in the Hindi movie world he is also happy about young and new talent in the industry.
"Ranveer, Varun, everybody is doing well. These youngsters are working hard. We have never worked so hard. In our times, we were only actors. We were not body builders," Govinda said.
"The youngsters are great, they are fantastic. May god bless them," he added. (Also read: Varun says comparisons with Govinda unfair)
Govinda is here to attend the International Indian Film Academy (IIFA) Weekend and Awards with his wife Sunita in tow.