Great advantage in having Salman Khan as family: Atul Agnihotri 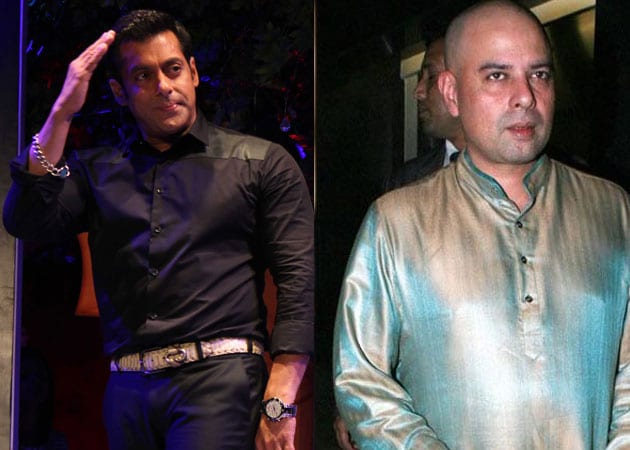 Salman will be doing a cameo in Atul?s movie O Teri.

Producer-director Atul Agnihotri says he would never make a film without his superstar brother-in-law Salman Khan.

Producer-director Atul Agnihotri says he would never make a film without his superstar brother-in-law Salman Khan.
"I have reached out to Salman for support. I would never do a film that will not have Salman in it. He is an important part of my life. His guidance, support, instinct is something that matters to me the most. He has an eye for talent and why not use this as a resource," Atul, 43, told PTI.
"It is always a great advantage to have him as a family. You definitely get access to him. He is a great actor, star and a wonderful human being. There are no disadvantages," he added.
Salman had first heard the script of O Teri, followed by Atul, who eventually decided come on board as the producer of the film. "I look at it as his good advice. I took this project on his insistence is a wrong thing to say. We heard the script, liked it and it was a right script for me to back," Atul said.
Salman will be doing a special song in O Teri for which he has already shot. "We wanted to do something that will be worthy of his contribution. We wanted something that should have a shelf life," the filmmaker said.
When asked if it is easy to convince Salman to come on board, Atul said, "I do get an access to communicate with him easily. I have an opportunity to talk and discuss things with him more often. I love and respect the advantage that I have. But I should satisfy his requirement, that is important."
Atul added a few elements in O Teri to make it more entertaining. "I tried to add scale to the film like action, song, dance, thrill, etc and make it into a good entertaining package for the audience," he added.
Starring Pulkit Samrat, newcomer Bilal Amrohi, Sarah Jane Dias and others, O Teri is slated to release on March 28.