Guide, 50 Years Later: 8 Things Only a True Fan Would Know 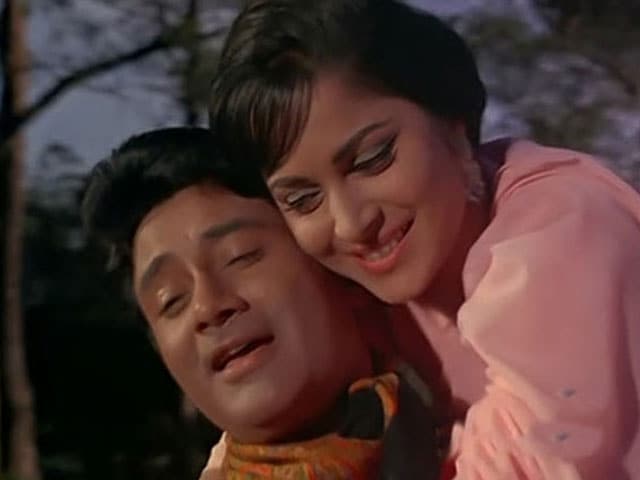 A still from Guide

Guide is considered one of Bollywood's masterpieces. Half a century later, here is some trivia about the film that you may or may not know.

It's been 50 years since Guide, starring Dev Anand and Waheeda Rehman, was released in February 1965. Despite being reviled by author R K Narayan on whose novel the film was based, Guide is considered one of Bollywood's masterpieces. Half a century later, here is some trivia about the film that you may or may not know. (Also Read: Rosie Marco, the Original Girl Who Played With Fire)

Guide was made in both Hindi and English. The Hindi version, directed by Vijay Anand, was a blockbuster. The English version, written by Pearl S Buck and directed by American Tad Danielewski, never saw light of day till it was screened at the 2007 Cannes Film Festival, 42 years after it was made.

Vijay Anand was horrified by the story of Rosie, the dancer who leaves her husband, and Raju the guide who spirals through alcoholism and ends up a godman in a remote, parched village. He refused to direct the film twice, claiming it would be bad international PR for India. Dev Anand convinced him on the third try.

The famous song Aaj phir jeene ki tamanna hai, picturised on Waheeda Rehman, was shot in Rajasthan's Chittorgarh Fort. In one shot, a reflection of Waheeda is seen in a mirror. This was inspired by the legend of Alauddin Khilji catching a glimpse of Rani Padmini in the same mirror.

The first line of the song Din dhal jaye was written by Hasrat Jaipuri, the film's original lyricist. Dev and Vijay Anand didn't like the line and wanted Hasrat Jaipuri to drop it. He refused and quit. The brothers then asked Shailendra to take over as lyricist. Shailendra, unhappy with being their second choice, quoted a very high fee to which Dev and Vijay Anand agreed. He came up with the mukhda for Gaata rahe mera dil by the time the meeting was over. Ironically, Shailendra kept Hasrat Jaipuri's offending line and the song is considered a Bollywood classic.

Dev Anand met David Selznick when Guide premiered in New York. David Selznick wanted to cast Dev in a film to be shot in Kashmir, but died of a heart attack before the project could begin.

Chetan Anand, Dev and Vijay's elder brother, wanted them to cast Priya Rajvansh as Rosie the dancer because she spoke better English than Waheeda Rehman, and so would be better suited for the English version of the film. Dev Anand refused to cast anyone but Waheeda. Not only did Waheeda deliver a career-best performance, she also improved her English with some help from Pearl S Buck.

Yash Johar was the production controller for Navketan Films and served as assistant director for Guide. Karan Johar revealed decades later that his father tricked Dev Anand into filming a song sequence at what the actor thought was Rohtang Pass. Actually, it was many kilometres short of Rohtang Pass. The crew, tired of trekking up, had simply repainted a milestone to say Rohtang Pass 0.