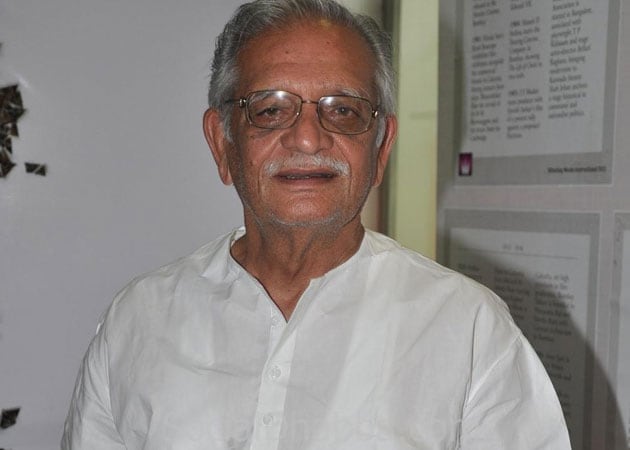 Gulzar says he is not missing directing movies as he involves himself with new age filmmakers.

He directed his last film in 1999, but acclaimed lyricist and filmmaker Gulzar says he is not missing directing movies as he involves himself with new age filmmakers, who he believes, offer viewers a better cinematic experience with their hands-on technological prowess.
The last time Gulzar went behind the camera was for Hu Tu Tu starring Tabu and Suniel Shetty.
"I don't miss making films because I'm still in films. I'm totally participating in films by new filmmakers like Vishal Bhardwaj and Rakeysh Omprakash Mehra," Gulzar said here post a screening of his directorial debut Mere Apne (1971) at the ongoing Ladakh International Film Festival (LIFF).
In over 28 years of his journey as a filmmaker, he made highly acclaimed gripping dramas like Parichay, Koshish, and Kinara. He also directed National Award winning films Mausam and Maachis as well as fun movie Angoor, which was an adaptation of Shakespeare's The Comedy of Errors.
The 79-year-old admits that his lack of modern technological know-how keeps him physically away from being behind the camera.
"I can't do much with the changing technology, but these filmmakers are such experts as they start at a young age. In fact, even for my iPhone, whenever there is a difficulty, I ask my children. But no, I don't miss films because I'm actively participating in films, writing and discussing films all the time," said the veteran.
Gulzar's films were socially relevant, and more often than not, message-oriented.
When an audience member from an almost packed house asked him why today's films lacked the soul, he said: "Cinema is always reflective of society. It brings to life the way people live their life."
"We had less technology in our times, and hence, I believe our films were less cinematic, but they had more to say."
"Today's filmmakers are more cinematic, but the message has taken a backseat. But that is also reflective of today's time - people don't have the time to stop and think, the pace is reflective in the loud music that the youth hears, it is seen in the daily humdrum when you're doing most of the things and even taking most decisions while you're in a car or a bus or a train."
"In such a scenario, it is tough to catch the youth's attention. People keep saying that the 1950s, 1960s and 1970s were the golden period of music and cinema in India. Not that good songs and movies weren't made after that. But the way life's running, do you really think a slow movie will work?"
A retrospective of Gulzar's films is being held here. Bhardwaj is curating it. Ijazat and Achanak are some of his other movies, which will be screened here.