Half Girlfriend Poster: Arjun Kapoor, Shraddha Are Two Halves Of One Love Story

Half Girlfriend poster invokes many Bollywood films, including Shraddha's Aashiqui 2 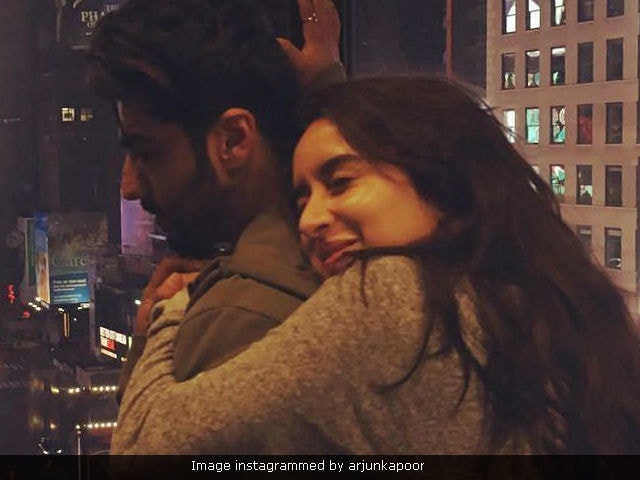 Arjun and Shraddha Kapoor on the sets of Half Girlfriend. (Image courtesy: Arjun Kapoor)

After Half Girlfriend, Shraddha Kapoor will be seen in Haseena: The Queen of Mumbai, to be directed by Apoorva Lakhia. She was last seen in OK Jaanu with Aditya Roy Kapur, which failed to created their Aashiqui 2 magic. Meanwhile, Arjun Kapoor's next film is Mubarakan in which he plays a double role. The Anees Bazmee-directed film also stars his uncle, actor Anil Kapoor and actresses Ileana D'Cruz and Athiya Shetty.
Half Girlfriend is Chetan Bhagat's fourth novel to be adapted in a film. Earlier, Atul Agnihotri made Hello based on One Night @ the Call Center, Abhishek Kapoor made Kai Po Che! based on 3 Mistakes Of My Life and Abhishek Verman made 2 States, which also starred Arjun Kapoor in lead role.