Half Girlfriend Preview: Shraddha Kapoor stars as the Delhi-based Riya Somani, a basketball player while Arjun Kapoor has been cast as the Bihari student Madhav Jha, who is a basketball enthusiast 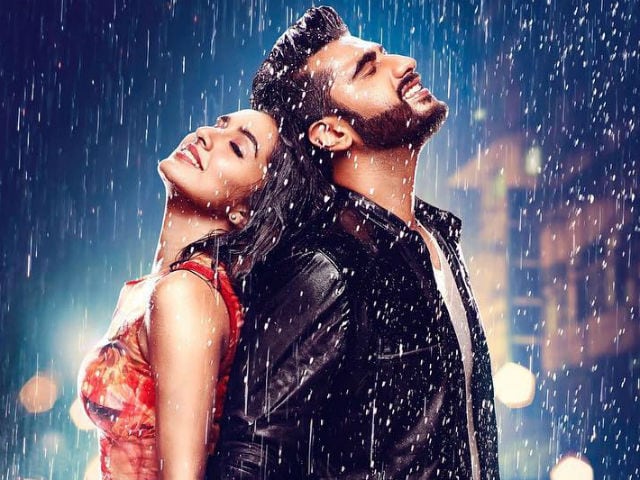 Half Girlfriend Preview: Shraddha Kapoor and Arjun Kapoor in a poster of the film

"Yeh Half Girlfriend hota kya hai?" is the question that Shraddha Kapoor and Arjun Kapoor's film Half Girlfriend raised when the trailer was released in April. Well, those who have read Chetan Bhagat's novel of the same name would know for sure. Half Girlfriend is Mohit Suri's screen adaptation of Mr Bhagat's popular novel, which released in 2014. Shraddha stars as the Delhi-based Riya Somani, a basketball player while Arjun has been cast as the Bihari student Madhav Jha, who is a basketball enthusiast. The two meet on the basketball courts of a Delhi college and begins their story of friendship-turned-love.
Madhav befriends what appears to be one of the most popular students of the Delhi college, Riya, and becomes an instant hero. As his feelings continue to get stronger for Riya, he realises that Riya has achieved the status of someone who is "dost se zyada and girlfriend se kam." But an outspoken Riya declares: "Main tumhari girlfriend nahi hoon. But I can be your half girlfriend?" Riya says in the trailer. Madhav half-heartedly settles for the complicated relationship status but later in their lives, things go astray.
Meanwhile, Mohit Suri has revealed in an interview to DNA that he made changes in the story to avoid the "dark, sexual" parts of the original novel. The novel actually also includes how Riya, a rich Delhi girl, was sexually abused as a child, which has been deemed irrelevant for the film by Mr Suri.
Half Girlfriend, which has been shot in Delhi, Patna and New York, releases tomorrow and marks Shraddha and Arjun's first collaboration.