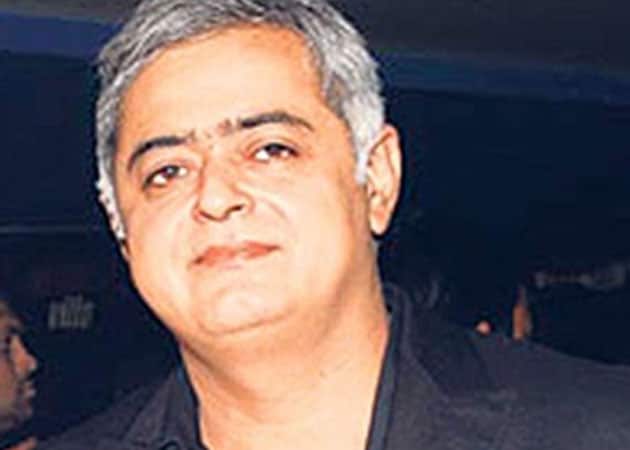 Director Hansal Mehta's Shahid, which won the National Award for the best film for the year 2013, was replaced by Marathi feature film Astu as the opening film at the 61st National Film Festival, 2014.

Director Hansal Mehta's Shahid, which won the National Award for the best film for the year 2013, was replaced by Marathi feature film Astu as the opening film at the 61st National Film Festival, 2014. Mr Mehta, who smells conspiracy, says that films made with passion should not become "pawns in an unseemly, petty game".
Based on real life story, Shahid, about slain lawyer and human rights activist Shahid Azmi.(Also read: Mahesh Bhatt Sees a Fearless Filmmaker in Hansal Mehta)
Public screening of National Award winning films of 2013 was organised from June 29 to July 2 in the capital and Shahid was scheduled to open it before the last minute change.
Reacting to the change in the organisers' screening plans, Mr Mehta said, "I don't want to sound persecuted. Nor do I wish to make an issue out of the fact that Shahid was yanked out of being screened as the inaugural film for the National Film Festival."
"I've heard it being said that my film was given the National Award because it spoke in favour of a particular community. But my film spoke about inequality and not about any community."
Starring Rajkummar Rao, Shahid was lauded by all and sundry.
"I was informed about Shahid being the opening film at the National Film Festival on May 15 and I confirmed my presence saying that I will be honoured. Soon afterwards, the decision seems to have been reversed and I learnt about this only through the internet. (Also read: Hansal Mehta Unveils 26-Minute Footage of Citylights )
"I am constrained to believe that there are reasons beyond cinema for this sudden change. My only appeal is that keep your political compulsions out of cinema," said Mr Mehta.
"I will continue to express myself through films and such discriminatory practice only strengthens my resolve. I hope I am wrong in judging the decision in this manner but somehow my logical mind does not allow me to believe otherwise," he said.
"I also wish to put on record that I am not passing any judgement over Astu, which was chosen over my film and I am only expressing my sadness that films made with passion should not become pawns in an unseemly, petty game," he added.
Hansal Mehta says that if his film had to be replaced by another it should have been Anand Gandhi's Ship of Theseus, which also won the National Award.
But an official associated with the Ministry of Information and Broadcasting, who doesn't want to be named, brushed off Mr Mehta's misgivings.
"Mr Mehta is just imagining things. We chose to schedule Astu instead of Shahid as the inaugural film because the cast and crew of Astu including Mohan Agashe (co-producer and the lead actor) were present," the official said.
"Since we thought Astu to be a worthy film we went with it. It's ridiculous to read conspiracy theories in something as routine as one film being replaced by another at the National Film Festival," added the official.
However, Mr Mehta remains unconvinced.
The director said, "I was told Shahid was removed as the inaugural film because it would not get a sizable audience. I want to know who decides what the audience wants to see? I was given the impractical slot of 4:45 pm on Monday and we had a full house. So am I imagining a conspiracy?".