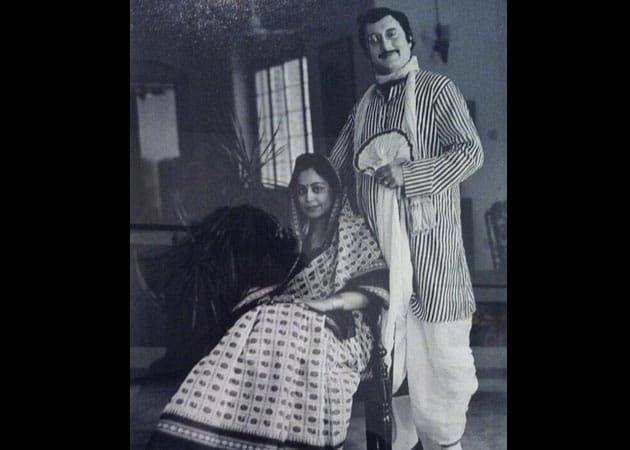 Veteran actor Anupam Kher took to a social networking platform on Monday (August 26, 2013) to wish his wife Kirron a happy 28th anniversary.
He even posted an old photograph.
"Happy 28th Anniversary to Kirron-ji and I. Picture was taken 20 years back on the sets of Satyajit Ray Presents," he posted on Twitter.
Satyajit Ray Presents was a TV mini-series showcased in the 1980s.
Anupam Kher married Kirron Kher in 1985. It was his first wedding, while Kirron was earlier married to businessman Gautam Berry. She has a son Sikander, also an actor, from her first marriage.