Happy Birthday, Raj Kapoor: He Would Have Been 92 Today. Twitter Wishes Him 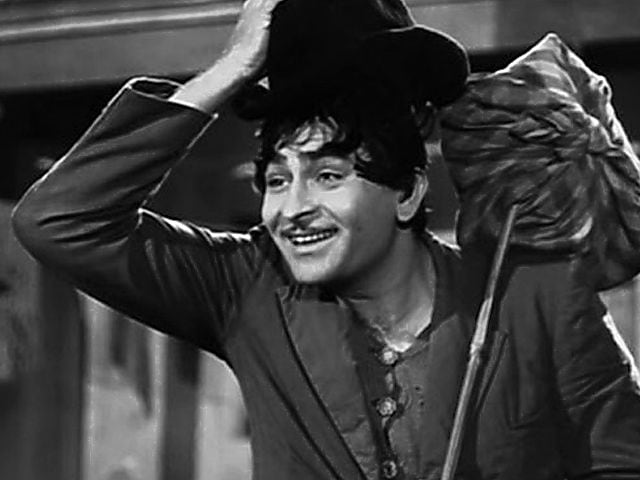 Raj Kapoor, remembered as Indian's cinema's greatest 'showman,' would have been 92 today. His birth anniversary is being celebrated on Twitter with a trending hashtag. Raj Kapoor, who died in 1988 at the age of 63, is as much admired for his acting as he is for directing films like Bobby and Sangam. The son of actor Prithiviraj Kapoor, Raj Kapoor belonged to a famous family of entertainers that have produced some of Indian cinema's biggest stars over several generations, among them his brothers Shammi and Shashi, son Rishi and grandchildren Kareena and Ranbir. Raj Kapoor was born in Peshawar on December 14, 1924. He is beloved for films like Awaara, Shree 420, Aag, Barsaat, Mera Naam Joker and Satyam Shivam Sundaram.
A series of tributes have been posted on Twitter, where #RajKapoor is a top trend:

@chintskap is that lil one u sir ??? #RajKapoorpic.twitter.com/czqNIaGapq

Raj Kapoor started out at the age of 10, appearing in 1935 film Inquilaab. 12 years later, he starred in his breakout film, Neel Kamal, opposite Madhubala. Raj Kapoor was only 24 when he founded R K Studios and in 1949, delivered his first big success as an actor with Andaz, alongside Dilip Kumar and Nargis. Perhaps Raj Kapoor's most famous film is his 1970 magnum opus Mera Naam Joker, which he directed, produced and starred in as Raju the clown. Mera Naam Joker was a critical and commercial failure when it opened but has gained cult status in the decades since.
Raj Kapoor's many awards include the Padma Bhushan and the Dadasaheb Phalke Award from the government of India. He also won three National Awards, 11 Filmfare Awards and was twice nominated for the Palme d'Or at Cannes for his films Awaara and Boot Polish.