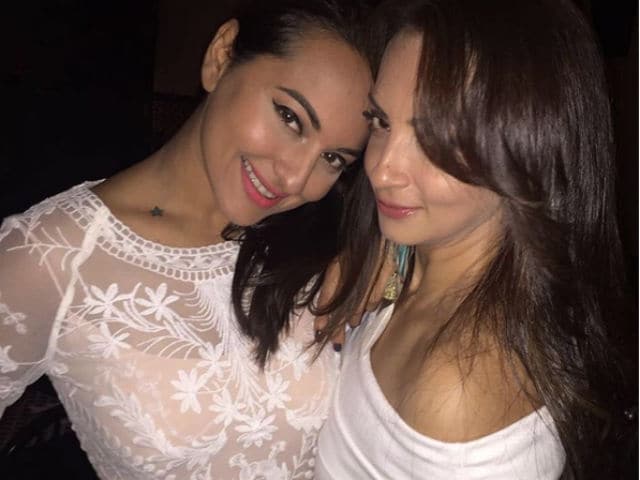 Bollywood celebrities like Huma Qureshi and Athiya Shetty wished actress Sonakshi Sinha a "happiest" 29th birthday on Thursday.
Sonakshi, who is the daughter of veteran actor and politician Shatrughan Sinha, started her career as a costume designer, working on films like Mera Dil Leke Dekho. She made her acting debut in the 2010 film Dabangg along with superstar Salman Khan.
The actress was also seen in films like Rowdy Rathore, Joker, Son of Sardar, Lootera, Once Upon A Time In Mumbai Dobaara, Holiday: A Soldier Is Never Off Duty and Tevar.
Sonakshi will next be seen in the action thriller Akira, which is slated to release on September 23. She will also feature as a journalist in Noor.
Here's what B-Town tweeted on her birthday:

Happiest birthday @sonakshisinha!! Hope you have the most amazing one

Happy Birthday @sonakshisinha , you absolute champion of a human being! Have a stellar year! So much love!

Have a super day & a kickass year. Happy Birthday @sonakshisinhapic.twitter.com/HptZojdlwE