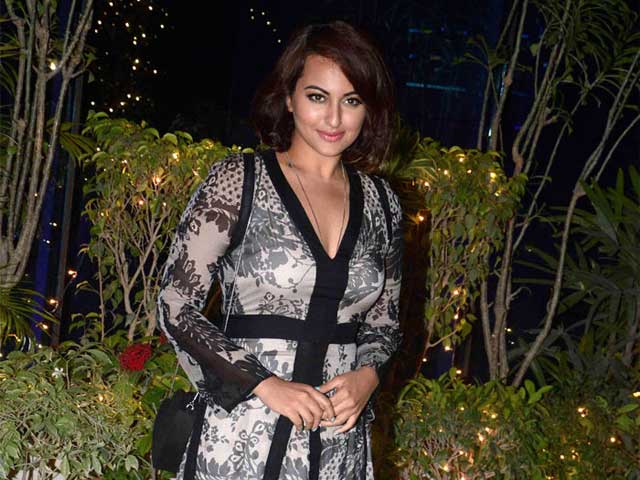 Actress Sonakshi Sinha, who turned 28 on Tuesday, was wished 'beautiful years ahead' by her friends from Bollywood.
Sonakshi is reportedly excited about the day as it's her first birthday after her elder brother Kussh Sinha' wedding and she plans to celebrate it with her sister-in-law.
Sonakshi, who made her Bollywood debut in 2010 with Dabangg opposite Salman Khan, has since starred in many films like Lootera and Rowdy Rathore.
The actress, who is currently shooting for AR Murugadoss's Akira, will also be judging the latest season of Indian Idol Junior.
Here's what her friends from the film fraternity tweeted:


Happy birthday @sonakshisinha may you radiate more with every passing year

Happy Birthday, @sonakshisinha !! Deeply unfair how you've timed it so we don't get to celebrate/embarrass-you on the #IndianIdolJr set! ;)

Happy birthday my dearest beautiful @sonakshisinha and one of the nicest girls that I know pic.twitter.com/iZkTKm7Fyi

Happy Birthday .@sonakshisinha !! May the cake be large the gifts be plenty !! pic.twitter.com/J7i5YORAA7