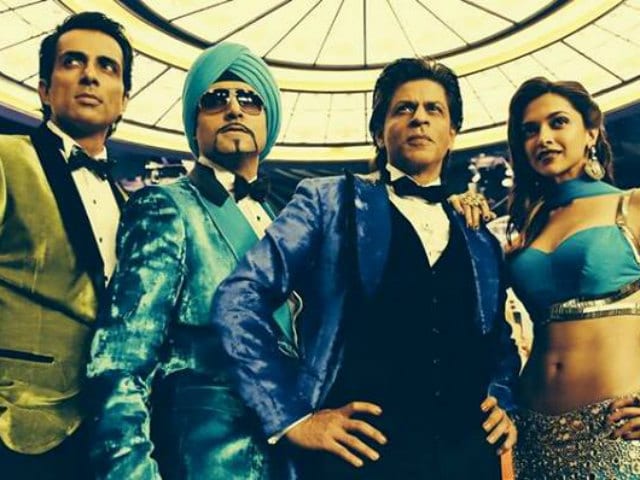 It's been a year since the release of Happy New Year and Shah Rukh Khan shared his nostalgic thoughts on social media. He wrote: "Miss those goofy times with my Indiawaale!" and shared a behind the scene video from the sets of Happy New Year. The movie hit screens on October 24, 2014.

It's been a year since @HNY released! Miss those goofy times with my Indiawaale! #1YearOfHNY https://t.co/RE6pOzGOsH

Director Farah Khan too can only look back at the movie with an ensemble cast as her "happiest filmmaking experience" ever.
Farah expressed her happiness on Twitter on Sunday:

The action-comedy, starring Shah Rukh, Deepika Padukone, Abhishek Bachchan, Boman Irani, Sonu Sood, Vivaan Shah and Jackie Shroff, revolves around six potential thieves, who enter a prestigious dance competition as a cover for their larger goal of pulling off a major robbery.
Shah Rukh, who is a close friend of the director, has also worked with her in movies like Main Hoon Na and Om Shanti Om. (Also Read: To Shah Rukh Khan and Team Dilwale, Biryani From Sania With Love)