Harshvardhan Kapoor Vs Filmfare Awards: Actor defended his right to have an opinion after a magazine editor critiqued on a certain newcomer 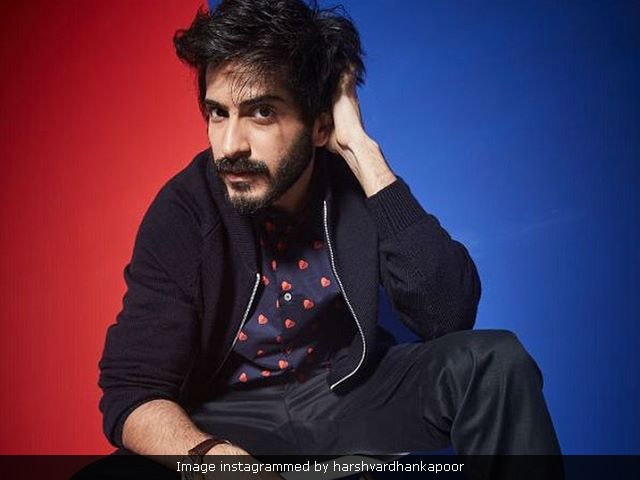 Actor Harshvardhan Kapoor lost the Filmfare Best Male Debut award to Punjabi star Diljit Dosanjh and has made it only too clear that he's not happy. Anil Kapoor's 26-year-old son and a Filmfare editor have been engaged in a fierce Twitter argument after Harshvardhan told Indian Express that awards celebrating debuts should be reserved for actual newcomers, suggesting that Diljit did not qualify as a debutant. Accused of acting entitled in a tweet by Filmfare editor Anuradha Tiwari, Harshvardhan Kapoor responded with a series of tweets of his own challenging Ms Tiwari to name him (she hadn't in her tweet) and defending his right to an opinion. Harshvardhan Kapoor, brother of actress Sonam who did win a Filmfare Award for Neerja, made his debut opposite fellow rookie Saiyami Kher in Rakeysh Omprakash Mehra's Mirzya last year.
Ms Tiwari's tweet was directed towards 'something of these newcomer actors' and contained a biting dismissal of their talent or lack of it.


The sense of self entitlement some of these newcomer actors have is beyond imagination. If only they were half as talented.

And go through people's filmographys while your at it https://t.co/D2Y3ivBbQW

It's amazing , you can't share your thoughts at all , then you become the anatagonist you guys run a business on things actors say https://t.co/D2Y3ivBbQW

It's not entitlement it's an opinion just like how your magazine always has one https://t.co/D2Y3ivBbQW

Don't feel entitled to any award,I'm questioning the principle of who is a newcomer,have zero problems losing to a genuine newcomer

He also tweeted that he would have been happy to lose to Neerja actor Jim Sarbh, whom he appears to consider a 'genuine newcomer.' Told by a user that there is no indignity in losing to Diljit Dosanjh, Harshvardhan Kapoor claimed the actor-singer had already made a Hindi film in 2008 - we are not sure which film he's referring to. Diljit Dosanjh, star of several Punjabi movies like Jatt And Juliet, was awarded for his performance in Udta Punjab.
Here's what Harshvardhan Kapoor told Indian Express in the interview that prompted the argument: "I think debutant awards should be for people who are relatively new to films. I have done less work. Otherwise, it is like saying I have done 100 English films and now I am doing a Hindi film so I am a debutant. So if Leonardo Di Caprio wins an Oscar and then comes to do a Bollywood movie, he is a debutant which is not something I agree with."
The Filmfare Awards were widely criticised this year for leaving Akshay Kumar, star of Rustom and Airlift, off the Best Actor nominee list but including Salman Khan's performance in Sultan. The award was won by Aamir Khan, whose work in Dangal has been hailed as his finest so far.
Harshvardhan Kapoor is working on Bhavesh Joshi, scheduled to release this year.