"I want to give time to whatever films I do. This is my struggle. A lot of actors kind of jump from one project to another. They take two-three weeks and condense everything in that time. I feel I am slow. I need time to prepare," he said 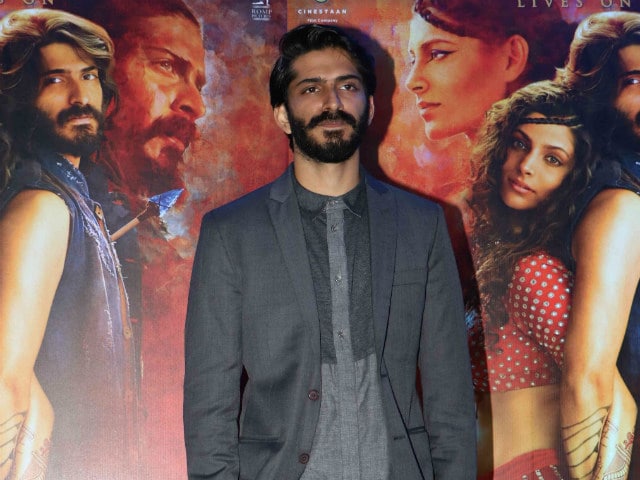 Harshvardhan Kapoor photographed at the trailer launch event in Mumbai.

Harshvardhan Kapoor is confident that his first film Mirzya will leave a lasting impact on the audience as it has got an interesting treatment and story.
The 25-year-old actor, who was in the capital to launch the second trailer of the movie, said he is trying his best to spread awareness about the movie as he wants maximum number of people to watch the film.
"I know what the film is. I know that people will enjoy the film. There is something in the movie to talk about. It's not a topic of passing conversation. It's not like you are there for two hours and then just forget about it. I just want to spread the awareness about the film as it deserves to be seen," he said.
This may be his first film, but rather than being nervous about the success of the movie, Harshvardhan is happy with the satisfaction the film gave him as an actor.
"There is an anxiety, not about how people will see and find the film, but at the end of the day as an artist I need to be pleased with what I do and this is something which has already happened. The anxiety is to get people to theatres," he said.
The movie is inspired by the love story of Mirza Sahiban and the actor went through 18 months of preparation for his role.
Harshvardhan said he can't jump from one role to another and needs sufficient time to prepare. He took more than two months to understand his character in his second film Bhavesh Joshi.
"I want to give time to whatever films I do. This is my struggle. A lot of actors kind of jump from one project to another. They take two-three weeks and condense everything in that time. I feel I am slow. I need time to prepare. It is also the kind of characters I am picking. I will be letting down the audience if I don't take that much time to prepare for the characters," he said.
The actor, who is son of Bollywood star Anil Kapoor, said the fact that his father has never done anything like this in his career helped him in taking up the role.
"Knowing that my father has not done anything like this in his career helped me in taking the decision. When he saw the early cut of the film he said 'I don't know who to compare you with as the film has very original approach'. There is no reference point for this film. It allowed me to bring out the way I see things. I was able to interpret things the way I wanted to."